Newbie Question - What counts towards the completion %

I had a look and couldn’t find the answer so sorry if this is a dumb question, but the percentage of the city that is completed - is that math done only on named streets, or does it look at alleyways also? What about trails? Thanks - great app - just signed up to support and look forward to chipping away at this!

Hi @karlwoll15 and welcome to the forum!
Here’s a lengthy answer with a bunch of links for your enjoyment. Happy Striding!

Your questions has two parts:

1. How is the percentage calculated?

The site’s creater answers that in this thread, where someone asked the same thing. Here’s the formula:

How is city completion percent calculated?

A few other links that may be relevant reading:

2. What counts as a street?
Actually a good question… and one that has been discussed at length here. Short answer is that it is just streets: not alleys, not pathways or trails, and not major highways

Also if you’re interested, there is a wiki post with more information about searching the forum you can check out to help navigate the site.

Thanks Dave for the super helpful and detailed reply! I have been running all the local alleyways assuming they were counted - glad I asked now rather than later. I’m just at 10% so have a long way to go haha. Appreciate it!

Ooh you’re running in Vancity! Check out some of the other Striders in your area, for some reason the West Coast seems to breed some amazing LifeMappers (maybe it’s because it’s easier to run all year! 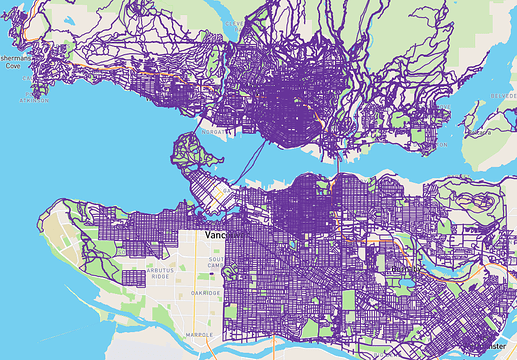 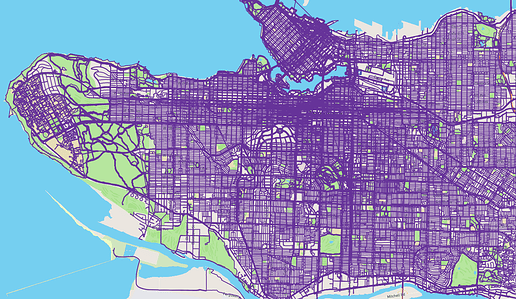 I know David (and know of Michael but have never met him). I think I originally learned of CityStrides by following David on Twitter and seeing his updates. I signed up out of curiosity but never made an attempt to really run all the roads in any particular city. Those maps you attached are scary just to look at!

This year I thought it might make good motivation to get outside and train on the roads more for my upcoming (cancelled) marathon to try and run most of Burnaby or see how much I can do in a calendar year.

Just gave you a follow on Strava - hope things are well in Calgary (as well as they can be) and you are safe! Thanks again for the help!

I wonder how many Vancouver runners know of these dudes just because of how prolific they are. A small world got smaller when I met Michael this February at an event some friends and I put on. We had the idea of running “every path in Pacific Spirit Regional Park” and ended up making it public. This guy showed up who i recognized but couldn’t place until I got his name. Then I realized I knew him from admiring his lifemap

@karlwoll15 check out the run we did here. Pretty high likelihood that once things return to normal we’ll host another one in Stanley Park, hitting every trail and ending up in the 50-60km range. Would be sweet to have you!

60k! Awesome route. For sure, keep me in the loop!

Amazing lifemaps! impressive. One question to the general public: I was interested in te completed streets of those users, and i see Divad Papineau on 1836 streets with such an impressive map. I myself am on 5545 streets, but not such an impressive lifemap. How can that be?

Would total KM/M say more here, instead of street count? But i know getting atreet length from OSM is very difficult. Lot’s of investment of time and money for a ‘nice to have’.

Since you are a supporter, you might also utilize the Node Hunter option that will show you what streets/nodes you are still missing in an area.

How can that be?

@petje it is definitely a question of average length per street. Especially in Vancouver, you can see how grid-like the streets are, and how they extend for many km per street. Compare that to many of the cul-de-sacs I run in that are 200m or so, and the multiples of streets makes sense.

Thanks, I’ll check it out!