% manual streets of a fellow strider

Is it possible to see how many streets a fellow strider has done manually? I recently found out that somebody did a lot of his city by checking the Manually option. I want to know how many streets in total.

They are only cheating themselves! Honestly its not the only way either. There are ways to run all the nodes for a street and not actually run the whole street and I have seen people with 100% with lots of gaps they should have filled in. I’m personally pretty meticulous about making sure I run the streets even if CityStrides thinks I ran all the nodes because I want to say that I have definitively run them.

I have often wondered the same thing.

But then I realized there are other ways to game the system.

And ideas have been proposed:

% Complete based on Manual completion vs Actual Completion Ideas

I prefer that there be some way to see rankings for % complete for a town that is only based on streets manually completed. There are some “streets” in the town of Maynard, MA that are nearly impossible to do but I refuse to mark them manually complete. I noticed that for some of them, users simply marked them manually complete which pushes them up in the rankings. I have a lot more respect for folks who have fought through getting streets the hard way.

I would love to see two %scores, one including manually completed streets, which may take you to 100% in your city and is totally up to you to decide what you find reasonable to set manual complete and one excluding manually completed streets that you can use to honestly compare with other striders in your city. In my city there is a strider who runs much further than me but also who puts many streets to manual completion which is his good right. However, me being a bit competitive I would like…

This will sound terribly petty, I realize. I did like the idea of being the first person to complete my city, but not long after I started, someone suddenly went very rapidly to 100%. When I look at that person’s life map, huge areas of the city are missing, and I do mean several whole large suburbs. I know there are good reasons that you might want to mark a street manually, but there is usually a better way to solve it. I would like to assume good faith (perhaps historical information stored …

I looked around for information on how exactly the street nodes are generated, but did not see any posts on the topic. I’m not sure how feasible this is therefore, but here is the problem nonetheless: Many streets around me are comprised of nodes at the start and end and intersections, and nowhere else. [image] This means it’s possible to run all the east-west streets and end up completing all the north-south streets without even running on them except through the intersections. I found that…

That last link is the example I was thinking of, on gaming the CS system.

The main thing for me is I have no interest in updating OSM. I know some people love doing it but the vast majority of people don’t want to have understand and figure that out to get to 100%. If I was blocked in any from getting to 100% because I could not get to nodes that required some sort of map update I would be pretty unhappy generally. Certainly you could alter the ranking with the person with less manual complete at the top and the display of how many manual completes is not a bad idea. Then again one person in one town I completed 100% tresmapped and got one of the few roads I did as a manual. How many manual completions you have is very tied to how willing you are to trespass, run in dangerous scenarios or if you love updating OSM.

In the end how many people are actually gaming the system though? I imagine the number to be small. If you are a private strider no one knows about it anyways and if you are public anyone can see the gaming on the lifemap and it would be pretty out in the open and open to judgement from the community. I think its generally a non-issue. If a person really took the time to manually complete a ton of roads just to show up at 100% on a city for the hell of it I would wonder about their mental health…like why?

@dallas.devries , there are a couple of ways to get OSM updated, without learning OSM.

One way is just to add a comment, on the map, at OSM. There are plenty of people who will take up the cause. 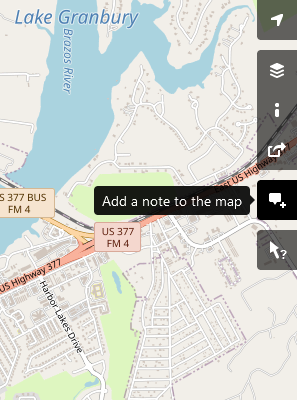 I do not know how effective this is. I might try it next time. But in my area, I don’t see much OSM activity. It’s mostly by me.

Or, you can ask for help in these forums. I have made verifiable edits for others. I rely on a city’s published map, and sometimes a peek at googles street view.

I don’t have much new to add other than reinforcing two things:

I can certainly see a motivation for finishing a city first. Would be cool if you could even be recognized on the city page as the first to do so with a date. I’m first in many of my nearby cities but not the current bigger one I’m working on now. I’m just setting my sights bigger…I want to be the first to complete the tri-city area (Albany/Schenectady/Troy). Either way I hope James continues to add gamification in general to the site. We had discussion about how many of us have to travel pretty far for new roads. It would be good to have goals where we can stay local as well like completing our hometown multiple times.

Would be cool if you could even be recognized on the city page as the first to do so with a date.

Thought I saw this before, but maybe it was not proposed as an idea, but… “First to complete badge”, and perhaps also badges for who was 2nd, 3rd, 4th, etc. Just finished my 2nd city, St. Pete Beach, and was the first to do it. Also was first to complete Keller, TX, but that one is waiting for the next OSM update to show 100%.

Putting it on the city’s page would be cool too!