I looked around for information on how exactly the street nodes are generated, but did not see any posts on the topic. I’m not sure how feasible this is therefore, but here is the problem nonetheless:

Many streets around me are comprised of nodes at the start and end and intersections, and nowhere else.

This means it’s possible to run all the east-west streets and end up completing all the north-south streets without even running on them except through the intersections. I found that out today when I planned the following route, where I had never run on any of the north-south streets, and after the activity was analyzed, precisely 0 of them got marked newly completed. 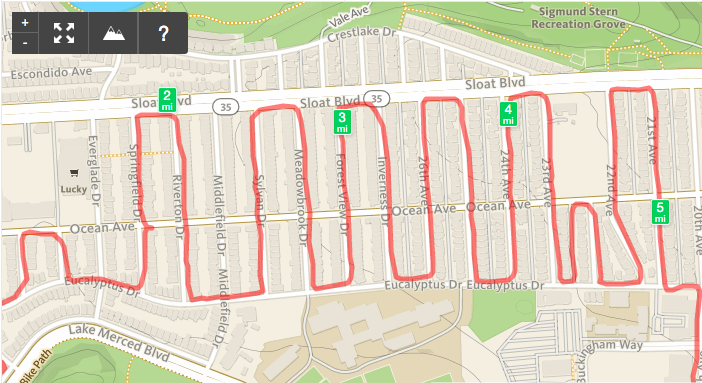 This was because they were already completed by a previous run where I only ran on the east-west street!

I am assuming the source data only has the nodes and not the street paths, and that’s why the nodes are irregular (mostly only at curves?) instead of generating nodes evenly spaced along the street’s entire length? Could it be assumed you can connect any two nodes with a line that would stay on the street? If so, perhaps nodes should be generated for every 10 meters or something small enough to ensure you could confidently say someone completed 100% of the street if they so desired.

Of course, redefining nodes could potentially affect many existing users’ street counts, as I’m sure I have completed many more streets than I actually have completed! But that should not be an overriding concern since being proud of fake numbers is also silly!

I’m so jealous of your grid streets. Trying to complete streets in the suburbs of the UK makes you dizzy and disorientated!

I guess this idea gets more complicated now that I see/think about streets that are straight but not continuous, and also don’t have nodes at all the end points. For example, 10th Ave in San Francisco is interrupted by Golden Gate Park, and there is not even a node at the point it hits the park. 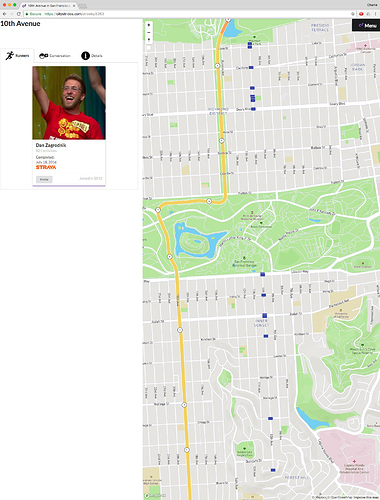 Furthermore, I see a piece of it is classified as 10th St, which is on the other side of the city. 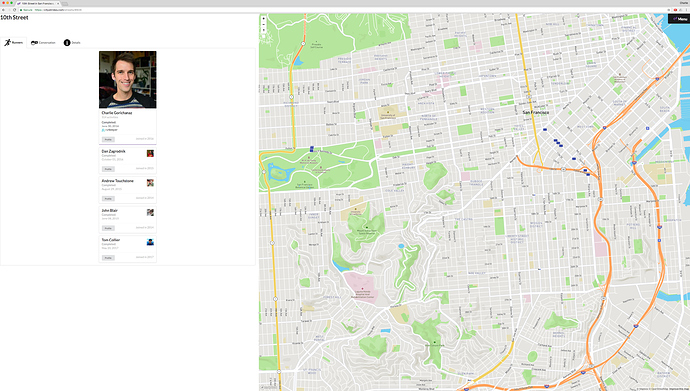 So I guess I would need to know more about the data source to further speculate!

Sometimes I wish we were a bit more interesting in America!

The source is open street map. In there, streets often consists of multiple stretches, that are combined by CityStrides based on the name. See 10th ave san francisco united states | OpenStreetMap for 10th Ave. So if intrapolation was only done on each section as it exists in OSM, that would prevent any calculated nodes showing up in the wrong place.

I also think curved roads are not much of an issue, because OSM uses a lot of nodes for them. So an intrapolated node might not be dead centre on the road, but it won’t be far off.