Suddenly half of my streets are gone

I just realized today that suddenly half of my streets are gone – last time I checked there were around 2600 streets (global rank 728, 98th percentile), and today it is suddenly down to 1300 streets (3288 global ran, 93rd percentile).

Just adding up the streets of two of my most progressed regions gives me more than 1300…
Profile: Ludwig Fichte - CityStrides

Thanks for your reply!

If you look at [Ottawa] and [Gatineau], these are two individual cities. And just summing up my completed streets for those two cities alone adds up to more (1616 streets) than the total count (1299 streets). And I ran in 170 other cities, too, so there’s clearly something wrong with the counter?

Until last week, my total count was around 2600, which makes way more sense.
I just manually summed up the streets of around 50 of my cities (without nested cities of course), and ended up at 2400 streets total, with still 100 cities not counted.

I recently fixed the nested city situation in Ottawa. See A nested cities tab - #5 by graeme.banks and my reply below it

Edit: noticed your comment about the two parent city counts totaling more than your current count - looking into that

Edit: changing cities into nested cities requires that I run a reprocessing job for everyone in the parent city, to adjust their site-wide stats

Hi James,
thanks for your quick reply!

But just by manually counting the streets I completed (without counting nested cities), I end up with way more than 2000. As mentioned above, just adding up Ottawa and Gatineau (two different cities in two different provinces) adds up to more than my total count.

@JamesChevalier something looks wrong with Ottawa, it’s nested in itself?

Thank you for that @JamesChevalier. I didn’t realize that it was a manual process and was mostly just curious why some regions within Ottawa were listed as nested while others weren’t.

Also, sorry if my request has now caused new headaches.

Also, in case that helps… I am pretty sure that the progression graph on the homepage looks much different than before. Between March 2020 and September 2021 it seems like I almost did not complete any new streets, when this in fact should have been one of my busiest Citystriding times. 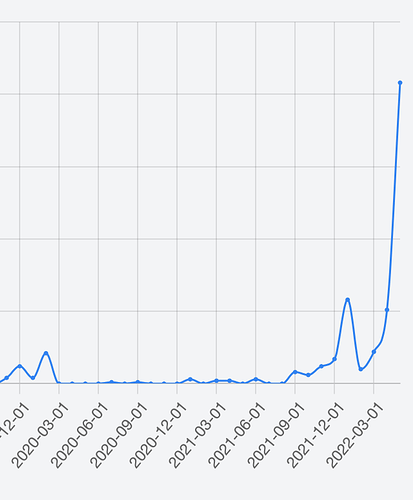 That chart is full of cached data, so all this nested cleanup probably affected that. I just deleted the cache, so it should look correct now.

I also fixed the issue with Ottawa being nested within itself, which should have cleaned up your completed street count.

Yes that seems to have solved the issue! Thanks for looking into it and that quick solution!

Hi,
Thank you very much for working on Ottawa. I’m also in Ottawa, and have been following this thread in hopes that this resolution would fix the issue in my profile. So far, it doesn’t seem to have fixed it.

This morning, my profile still shows:
-number of streets run in cities in progress and cities completed
-distance run for each past activity
-map of the route I took for each activity

And my overall profile shows me as:
-having completed 0 streets all-time
-0th percentile
-Global Rank 44,305

Thank you for all your work. I’m running more than I have in years. I appreciate your help with this.
Kelsey

I’m not seeing the zero completed/progressed issue on your activities. Lots of them have progressed/completed streets.
I am seeing the profile-level zero count.

I sent everyone in Ottawa through the queue to update their counts, so let’s see how that helps… It’s going to take some time to finish, though, so let’s give it 30mins - an hour.

Update: That looks like it sorted things out. I must have had to take that extra step I forgot about (I don’t change cities to being nested very frequently).