I had a number of street drop a few weeks ago from about 2400 to 2000, I assumed this was due to duplicates.

But now I just dropped from 2000+ to 900.
Does this makes sense? I do not believe more than half of street I ran were double counted. Note that the GPS count give 2400 streets, and when I go through the list, I do not find so many duplicates.

EDIT: I believe I found a lead. Take for example “Avenue Chazal - Chazallaan”. I see it in my completed street under the city “Schaerbeek” which is supposed to be nested in “Bruxelles”. But there is not record for this street under “Bruxelles” for this same street in my completed streets list. So it seems to be excluded as part of a nested city, but the street is not counted in the parent city. 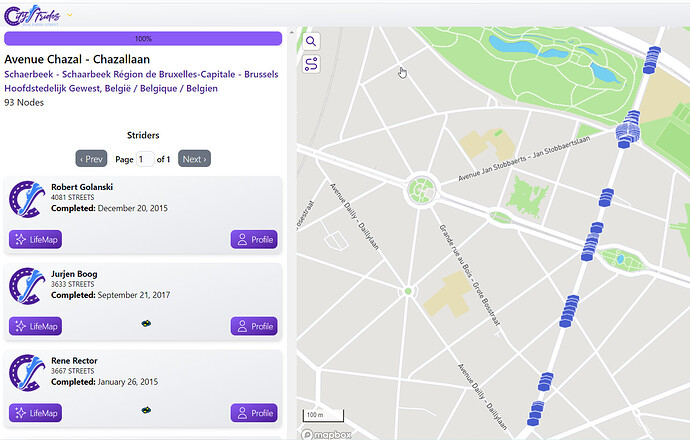 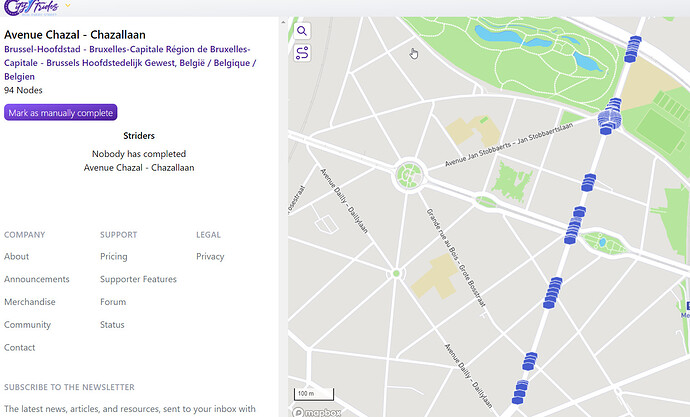 2 posts were merged into an existing topic: Puzzling “incomplete” nodes