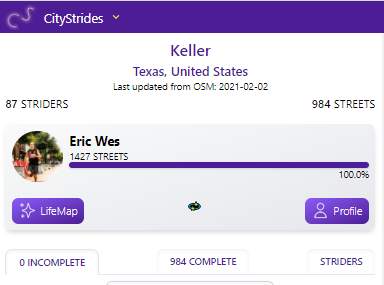 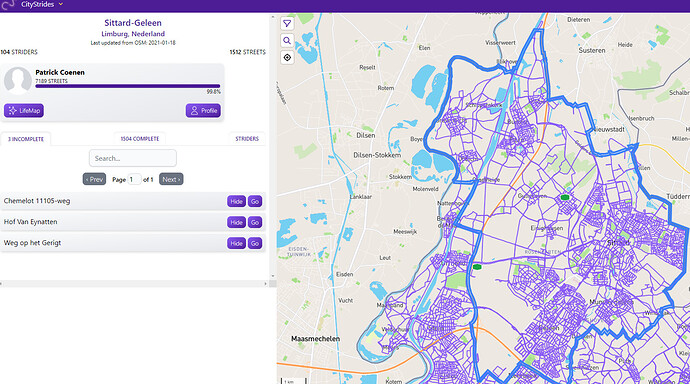 The next update should resolve all incorrect counts. To confirm, I’ve manually started that city’s update & confirmed that the node counts are fixed.

The street progress calculations and the city percentage calculations come later / are delayed. Sometime today (maybe in the next 5-10 minutes or so), you should see your incomplete street list decrease & your percentage go up.

I posted this in a different thread before I saw this one, so reposting.

+1
I have this issue with most of my completed cities. Yesterday 100%, today 4 cities are change to sub 100%. Looks like the above issue. 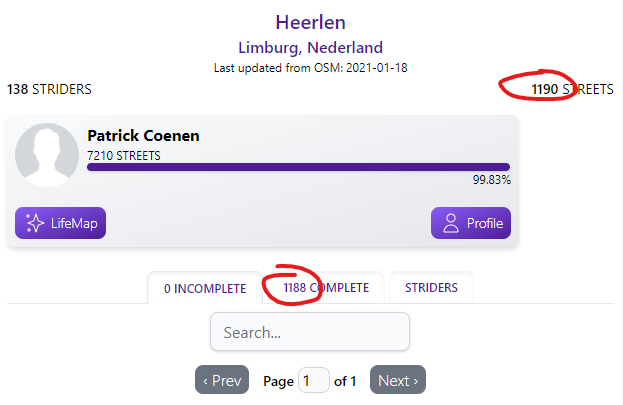 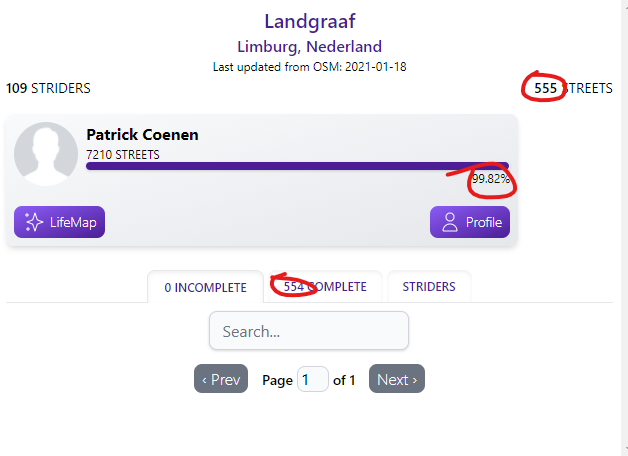 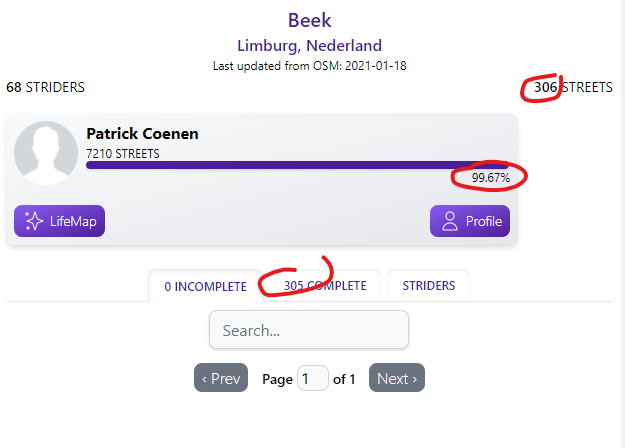 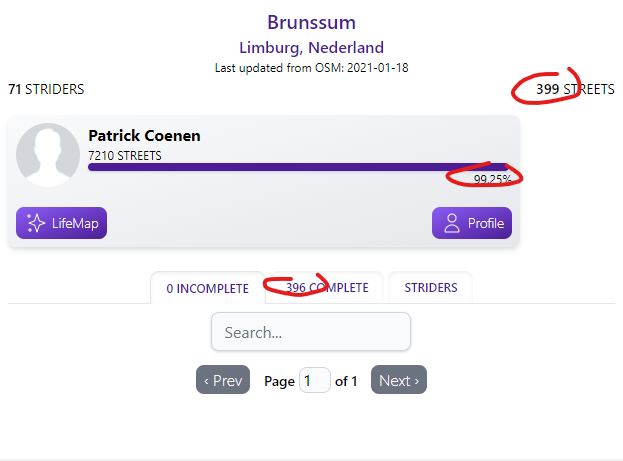 I just released some code changes that I hope will actually fix this incorrect count issue… I pushed all those cities in your screenshot through the update. It does look like there’s a delay in recalculating percentages, but the update itself (including fixes to counts) should go through right away.

Cool thanks for that. Only did it work for two of those above. The cities ‘Landgraaf’ and ‘Brunssum’ are still off

Ah, I see. I changed things in a way that won’t update the counts if nothing changed in OSM … Long-term, that seems like an ok decision, but it doesn’t help existing cities with incorrect counts. I’ll just update the city update code to always reset the street counts Just In Case™.

I manually reset the counts on those two cities & updated your percentages.

Perfect, now i only have to wait on the recalculation for the other cities i’ve completed where several streets have all nodes green but the total count had changed due to OSM updates. That is done during the next update of the city i presume? 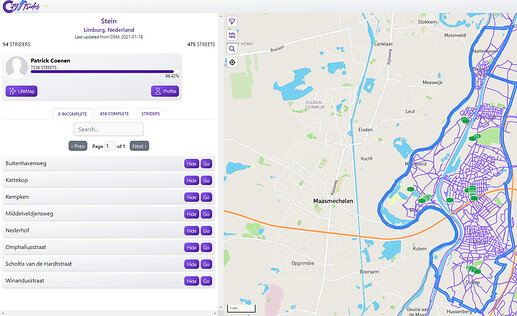