What to do with this Street/Alley

I have an interesting situation here.

OSM shows it as an alley, but actually has it placed in the parking lot of a local business

It shows up differently in Google Maps, and Google actually shows it as a through street allowing both vehicle and foot traffic: 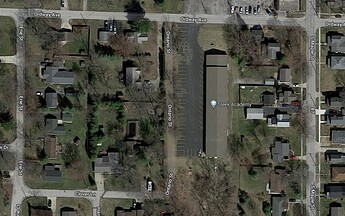 In Google Maps it, the route is on a grassy lane between the parking lot and a tree row.

The County Auditors Office doesn’t show it at all: 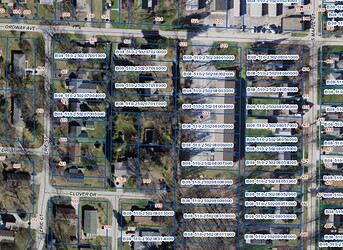 I am always nervous about deleting things in OSM, but with three different map resources all showing something different, I am unsure which is correct and how, if at all, OSM should be edited for accuracy.

There is no way a vehicle, other than for service purposes would use that grassy lane to drive on. I have not run it yet, but I suspect it would work fine for a cut-through if you are bold.

A CS running partner and I tried to gain the street yesterday and end up on the adjacent house’s driveway as she unloaded her groceries and we had to quickly say “Oh, the map made it look like this was a street” which is partly true as we didn’t look that closely before mapping the run.

So, what does the CS community think should be done with OSM in this instance?

I’m kind of leaning towards removing the name and re-classifying the way in OSM as parking.

I would move it sideways to match the parking lot, and label it as highway=service and service=parking_aisle. Those are not imported to CS, even if they have a name

I would agree - the way should be classified as a parking aisle, not an alley. Remove the name as well, unless the parking aisle is actually called ‘Ontario Street’, but that seems unlikely.

Ultimately, you should map based on what you see on the ground (Good practice - OpenStreetMap Wiki). There’s still a lot of bad street data in the US due to the TIGER import, so don’t be afraid to correct what you see. One beauty of CityStrides is that is helps us find and correct all that bad data!

Is the ”southern” part of Ontario St correct? Street sign, in the Auditors map? Maybe it was planned to go up to Ordway Ave, but cancelled 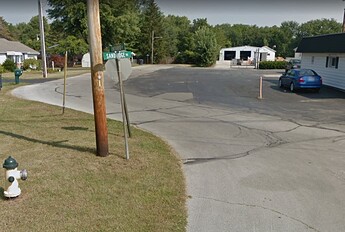 I agree with making it the parking aisle and since there is no indication of a street name there, and the business that uses the parking has an Ordway address, I will remove the name from the way as well.

Now I just need to figure out why OSM/CityStrides still think the end of Clover Lane is part of Ontario and remove what is likely an artifact of when they were connected in error at some point in the past.

Thanks for the input, Guys.

BTW, I would never have found this error if it had not been for Hard Mode