I saw there is a topic related but not sure if it is the same case.

I just found some street that don’t have a name hence don’t have any nodes so I can’t run them. I opened OpenStreetMap an added a name for these street (they were detected in the map, just no name). Are they going to appear now?

I don’t have a continuous sync set up with OpenStreetMap, so those won’t update here.

If you share the names of the streets along with their corresponding link, I’d be happy to update CityStrides accordingly.

I think that I haven’t explained myself correctly these streets aren’t identified in CityStrides so a search in the database won’t (probably) reveal them. They are not the same case in your list. 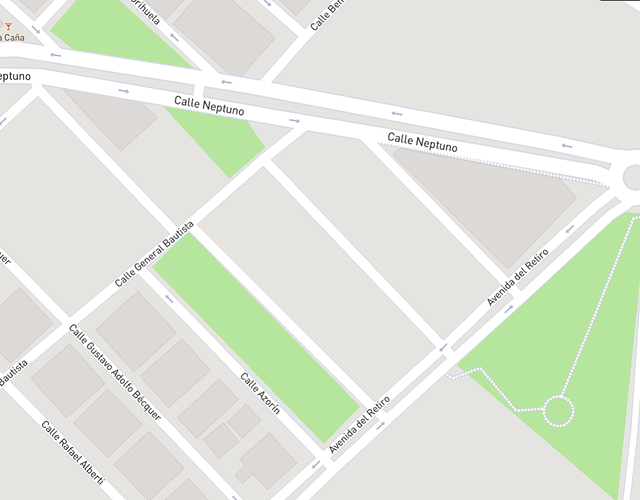 In the picture above you can see four streets with no name, this is what I’m taking about. But as you can see here:

Streets are present in OpenStreetMap. Now they have names because I added it as I said in my previous post, but I didn’t place a “Street element”. I mean they were already identified in the map, just unnamed.

I’m not sure if my import would have brought them into CityStrides unnamed - like the 17 streets above - or if it would’ve skipped them.

I do know that even though you’ve updated them in OpenStreetMap, I don’t have an ongoing synchronization going with that data source - I just do a one-time import. So I’d either need to figure out a way to accomplish that, or I’d need to add better street management within CityStrides itself (add/remove streets, update nodes, etc).

I think I’m a long way from accomplishing this, but it is in my future-tasks list.

Thanks for helping out!

Thank you for your time James, this is a really big project for just one person but you are doing great!