Hey All,
Looking for advice. Through Strava or Garmin Connect I’m able to map out a run. As I’m sure many of you can relate that this is key for attempting to run outside your normal routes. The mapping works great, however, I have a Garmin 235 watch and it does not allow for turn-by-turn navigation of that mapped run. So I’m stuck having to print off the mapped run and use that as if it’s pre-GPS days. I am looking for a way to synch the mapped run with an app or some other way, that will call out the turns for me. Wondering if anyone has advice for this?
Thanks in advance!
Chris

I have used Run2Go for this. I liked it okay, but once you miss a turn (say the road doesn’t actually exist) it does not deal with rerouting on the fly well. I have resorted to carrying a phone and following a Strava map even though I track with my Garmin. Has the advantage of being able to pull up the CityStrides lifemap in a pinch.

Hi @chrismarino2020, while I kind of love the analog orienteering-like fun of running with a printed (or handdrawn) map, I do sometimes use SportsTracker (as recommended by @christophe.cr92 in this Live Trace or Pacman thread). You can plan routes on the app, then follow them as you run. The app leaves a red breadcrumb showing where you’ve been. This does not provide a turn-by-turn call-out, however.

While there is no mention of turn call outs, I think this thread started by @dallas.devries overlaps quite significantly, and would be helpful for you to read if you haven’t already seen it.

You could use the Komoot app (https://www.komoot.com/). Build your route in that app or anywhere else (gpx, tcx) and it’ll give you turn by turn directions on the screen and over audio. This can also be sent to a Polar watch which can guide you as well.

To have voice turn by turn indications based on a gpx route ride my gps (may require a subscription) and rungo ios/rungo android
More experimental you can define your own waypoints on your route with your own labels (“turn right”, “2nd way left after tree”, “take sycomore street left”) and your watch will prompt you at each waypoint.
Also depending on your watch but garmin 5x/6 with maps provide turn by turn nav

There are watches in the Forerunner range that do, too. It’s probably overkill, but my 945 does. (It also has the maps built in, which has kept me from getting lost when the road on the map doesn’t actually exist.)

You can set its behavior for when you leave the route. You can have it reroute you or you can have it just tell you that you’re off the route. I don’t like rerouting. First it recalculates the route when I load it on my watch. Second, it tends to come up with shorter routes that end up skipping some of the roads I’m trying to reach. Good behavior if I’m going somewhere specific, but not so good if I’m trying for milage and specific streets.

Me too, watching for ideas.

Hmm, there is this app: Turn-By-Turn Widget

Edit: Kinda weird, you “Upload a gpx file on https:www.sportarea.nl” This is new to me, so maybe it’s normal?

Probably not something you want to hear, but if you really get into mapping having a watch with maps built in that you can send a route to from Garmin Connect is a game changer. Its so nice to see where you are and how long until your next turn and see the route and all the roads on the watch. I use to just pull up my Strava heatmap on my phone and hope for the best before I had that option. Creating and carrying maps or having to look at your phone all the time definitely a pain.

Thanks for all the responses! Going to give RunGo a try. Thanks @christophe.cr92!

I mapped out a short course and used it to walk the dog this afternoon and it seemed to work pretty well. Will test it with a longer run tomorrow and report back.

Wow I never even considered this…My tactic has been 1) try and memorize the turns before leaving my apartment; 2) get lost; 3) stop to check my map on my phone; 4) decide to run a few more side streets nearby; 5) repeat 2, 3, or 4; 6) finally turn back home.

Happy to report that RunGo worked great! I mapped out a 7 mile run, with several twists and turns, and RunGo prompted me where to turn and when. It worked great! And I’m using the free version.

The only issue is if you go off the route. I took an extra side street, to extend the run a bit, and the app said “off route” twice and then nothing. Just a heads up.

Also, @kevincharlespels - your message made me laugh! And haven’t we all been there.

My strategy is mostly like yours, but I don’t carry a phone with me so:

I have a 920xt, so probably no course options on my watch until this one dies and I upgrade

I also tried rungo app a few times, it’s nice in a way, but as soon as you go off track, it tries to relocate you on the nearest waypoint and that could be much further into the run, which then makes me trying to reroute myself to the part inbetween that i missed. I am so used to running with a live strava route on my mobile i my hand, that it comes so naturally nowadays. The effort to not only plan in strava and then review all the tweaks beforehand in rungo, is to much effort for complex-and-lots-of-turn-runs like this (planned for tomorrow) 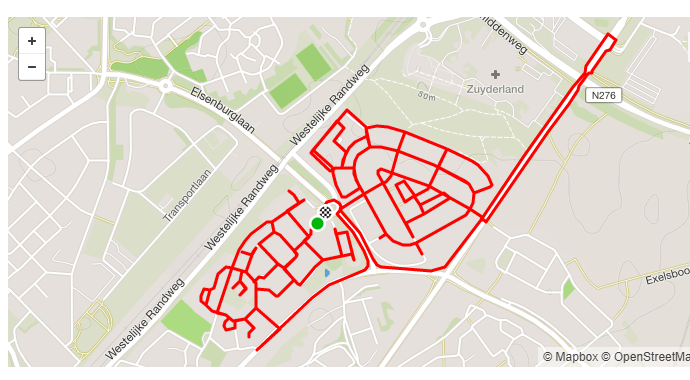 It kinda works, but using rungo doesn’t make me look on the mobile less during the run.

So i stick to strava on mobile during the run and will use rungo for sure again on less complex neighbourhood runs. Some village-field runs like this would be good for that 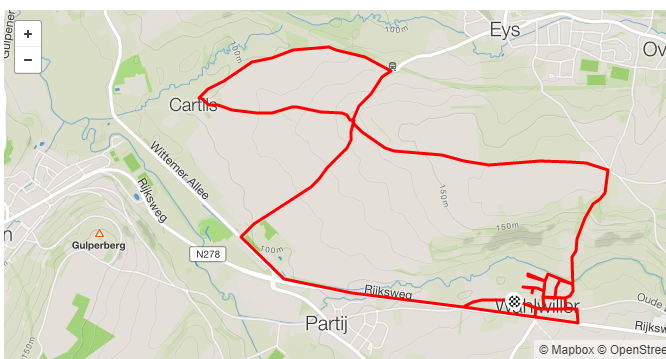 @petje - totally agree, based on the wild run you mapped above. Hoofa, that looks fun! Strava live, does that provide turn-by-turn or are you saying that you’re holding your phone and following the dot (you) along the route as you run it?

And that is not a wild run mapped. This kind of maps are the runs I am doing for 3 years now.

@petje Garmin courses do the same thing. I have figured out a simple solution after being frustrated several times about it being further ahead in the run, simply restart the course in my case and let it pick up from where you are currently. It doesnt affect my run tracking on the Garmin. I assume you could do the same with RunGo but I havent used that app in years but it was pretty helpful when I did.

As someone that has mapped a lot of routes with A LOT of turns using a combo of Garmin routes on my watch and Strava route on my phone as a backup has been the most efficient way for me to make sure I get everything. Personally I always wear a really light hydration vest that I can pull my phone out of easily to take pics or check a route on the fly. Part of the fun for me doing mapping is documenting if I see cool stuff along the way.

Oh, I get it. I am way past that point. I was talking more about a single street (or even worse one node) totally surrounded by miles of completed neighborhoods. I (thus far) have avoided/refused to record a one-street activity solely for the purpose of picking up a missed street. Not promising I won’t, though. Right now the closest un-run street from me is a 15 minute drive.

I missed a road the other day. Except it wasn’t a road, it was two separate driveways that you wouldnt think twice about unless you really studied CityStrides with node hunter ahead of time. When I was done with another run I drove here to finish it off vs manually doing it. I’m also pretty close to a 15 min drive from most un-run streets, I will be in the next few months anyways…will we have to move soon?? 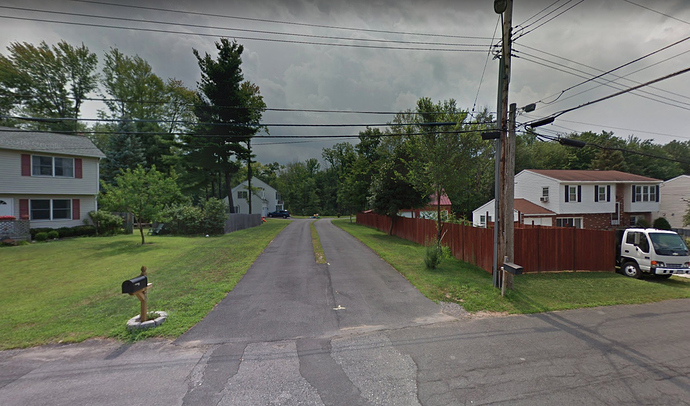