It appears that you’ve updated the maps. I noticed that there are a few changes to the maps that I changed in OSM within the last month. So this makes me happy.

However, I noticed that this created a few what I refer to as orphan nodes. These are nodes that don’t appear to be on (or near) a street. I recognize one or two of them as being on streets that I edited so they wouldn’t show up on StreetMaps. (There’re still a lot of nodes outside of the city limits, too.)

Am I correct in assuming that now that the maps are being updated, you’re working on new logic to update the nodes? And therefore I should just practice patience?

If not, what information do you need to delete a node from the system?

I haven not updated any Node/Street data yet. The only changes since the data update are adding new cities/regions.

Can you share an example of any ‘orphan’ Nodes? 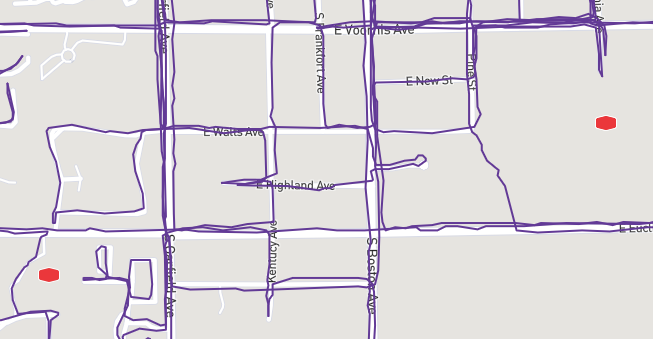 What’s interesting is that both of these were on roads that appeared on the map less than a month ago. Both of these drove me to correct OSM to fix the roads that were there. If you didn’t update the map on CS, who did?

I also noticed a few changes since the global coverage update, but since it was minimal and I could not really prove it, I did not say anything.

The fact that the missing nodes are still there actually shows that the changes do not come from @JamesChevalier.

Oh, ok, I see where the confusion is.
I wrote that up here, in case it’s useful for others: About the maps throughout the site

If you know what those streets are named - the streets that are no longer displaying as white lines on the map - you will be able to search for those in the Streets list.