Obvious completion but not completing 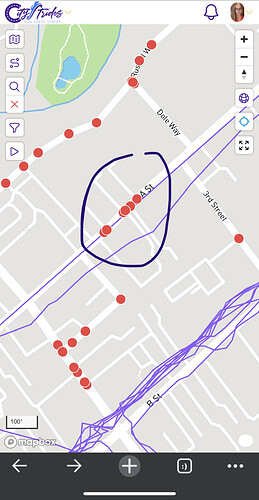 Why does this occur? It was obviously completed but the nodes won’t complete

Based on how straight this line looks, I’m guessing you paused your watch at one end of the street and started it again further down? I have a pause like this on my map: 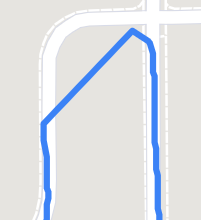 This will connect those points on the map visually, but not actually create any GPS points in between. CityStrides works by comparing each node to those individual GPS points so it’s simply not finding any points near those nodes.

And as for the more squiggly line it’s probably just too far away from those nodes to hit them (over 25m).

I agree with Andy, that’s what it look like when watch is paused, an exactly straight line between two GPS points

Looks like some bad GPS drift to me. That purple line is quite a bit off the road.