Not roads but mountain bike tracks

Hi,
I’m currently working my way through all the roads in Edinburgh in Scotland and getting close to the end. I was quite surprised when I found some nodes up up into the Pentland Hills south of the city but I’ve managed to tackle some and have a plan to get most of the others, However there are two I couldn’t find on the Ordnance Survey maps and, having talked to friends, I’ve discovered they are mountain bike tracks rather than paths. They are listed on the system as Scalextric and The Quad Track. As a not very hill fit older walker I’ve finally had to accept that it would be too much of a risk to try to walk these and will walk the equivalent distance on parallel paths but I was wondering if anyone could help me figure out how those got onto the system and if any other cities have similar nodes in their maps?
Apart from these two (and a few that were just going to be too dangerous to walk) I’ve found CityStrides to be the most amazing challenge that has helped get me through this year with a focus and I’ve loved discovering the city I’ve lived in for 30 years with new eyes. Lots of places I want to revisit and some I don’t

, Thanks so much for creating the system!
Catriona

These two are marked as highway=track in OSM. I looked around a bit, and it seems MTB trails are often marked in OSM as highway=path, which means they are not included in CS. It would be easy to change, but anyone have other input?

Thanks Hans. There’s another one called Dreghorn Drop that’s probably similar but it is a recognised path on the OS map so I am aiming to huff and puff my way up it. Walked a similar path called the Red Road, suitable only for off road vehicles, last week on a rather windy day but spotted my first red grouse so definitely worth the effort! 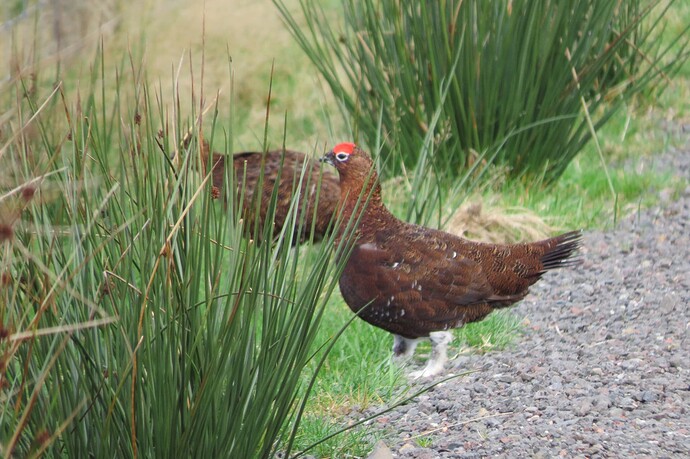 Well, as I said it can be fixed in OSM, but I’m not updating places I’ve not seen myself, so either you update it yourself, or if you’re not into editing OSM, maybe there is some strider closer to Scotland who can assist?

Thanks. It’s definitely beyond me but I’ll see if I can find someone to help me.

About the Node, Street, and City Data Wiki

Overview This Wiki is all about nodes, streets and cities What they are and where the data comes from How they are counted, and Strategies to complete the hard-to-get ones Definitions & Source of Data Note: All of this data comes from OpenStreetMap (OSM). It’s accessed via queries to a self-hosted Overpass server. Nodes: these are the “atoms” or building blocks of CityStrides. They are the individual points which make up a street. Streets: streets are essentially collections of nodes, …

Anyone can make edits in OpenStreetMap (OSM), all it takes is a free account. After you create your account, there is even a tutorial (see below) that teaches the basics of OSM editing, as well as a “Beginner’s Guide” Also, at the bottom of the OSM Welcome Page is this: No Time To Edit? Add a Note! If you just want something small fixed and don’t have the time to sign up and learn how to edit, it’s easy to add a note. Just go to the map and click the note icon [Note] This will add a marker …

This is a resource that summarizes a few techniques for fixing common OpenStreetMap (OSM) errors that found their way into CityStrides. It is meant as a shortcut for those unwilling to navigate the OSM learning curve for the sake of a few edits, a more detailed write-up/guide can be found here. As of October 2020 map updates are being pulled into CityStrides, detail of the query can be found here. Signing up: Head over to https://www.openstreetmap.org/ and create an account for yourself. To st…

That last link summarizes a few techniques for fixing common OpenStreetMap (OSM) errors that found their way into CityStrides.

Thanks Eric for the info and liking the grouse. I’ll take a look at trying to fix it later in the week as the number of people tackling Edinburgh has increased dramatically in the last few months and there might be a few more like me who could struggle on those tracks.
Catriona

Thanks Hans and Eric for your help and advice. I’ve just made my first OSM updates and hope they feed through when the system next updates. Then I just have the last 13% of the city to go!