Is it possible to not delete, but mark roads for a modification?

There is a couple of roads around me that are gated or partly private.

This road is completed by one person, but when I run past it is behind a gate: 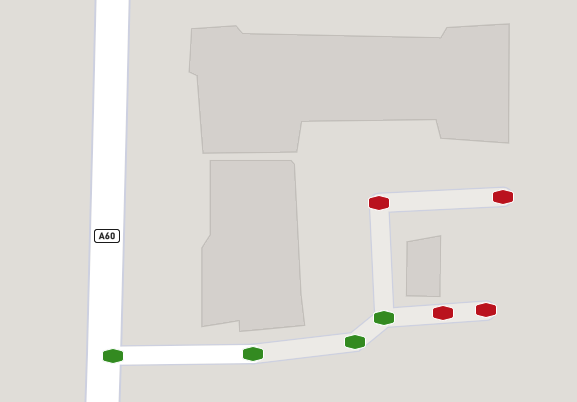 This is a school, with fences around it, I don’t think they are interested in having runners on their grounds, and I am not daring to run in there. 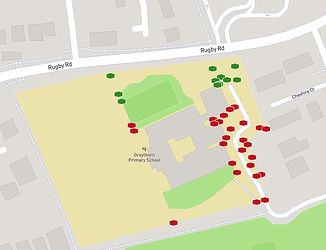 I could mark both of these for deletion, but it would be better to be able to mark them for modification, so that the road will still be in the system, but the nodes would be able to be reached.

What do you think?

This whole thing is changing soon … I’m working on a way to import the entire world into CityStrides & keep it updated as OpenStreetMap gets updates. Once that first part is done (whole world import) then I’ll start directing people to contribute changes to OSM & I’ll be dropping the whole Flagged Street thing (or changing that system to a kind of “someone please fix these in OSM for us” kind of system).

That sounds like a scary and daunting task, I wish you luck!

How will the CityStrides deal with changes to the map for previous runs? Will it re-process the old runs that touches the streets that have had their data changed?

Yeah, there will hopefully be no noticeable change after I implement this … some percentage changes because there will be more/less streets, but that’s it.

In any case, I would encourage you to check OpenStreetMap to see if the road in question is marked correctly with access=private.

I have made quite a number of map fixes to cities that I run in as a result of seeing strange data in CityStrides and I would encourage you to do the same so that it’s better for everyone.

I’ve never tried making updates to OpenStreetMap, but it actually doesn’t sound like the worst hobby for someone like me, I will give it a shot, thanks

I’m in the process of overhauling my data collection process so that it more accurately and more frequently pulls from OpenStreetMap, so everyone’s best use of time is to submit edits to OSM.

Anyone know of some good “basic OSM editing for dummies” sources?

Would be nice if there was a youtube video explaining how to set a street to private, cause i got a few places that could use some editing.

Never mind. Really good tutorial, when you make an account on OSM.

@JamesChevalier Any plans for what street tags you will import?
I do hope you plan on excluding highway=service

Although I have gotten better at looking confused, lost and apologetic, i still hate it when i have to run down peoples driveways

This is my current filter list, which I don’t think I’ve modified from the suggested list from @zelonewolf :

Yeah, manually completed streets would be reset if I’m not careful.

The two main reasons for the manually completed streets feature were:

I’d say delete it all, start fresh.
I plan to update osm for my part and not finish anything manually.
Not 100% sure, but i think the only things i completed manually are unreachable nodes and bad data nodes.
If people still needs to complete something manually, is should be pretty easy with all the bad data gone.

The mark manually complete function is really a philosophy thing. You have to decide what the site’s mission is.

In that filter, I guess you should leave steps in the osm relations one could run. There are enough public steps around here at least. Even a famous one where you can see people building character going up and down 508 steps. It’s within the city Landgraaf.