But i can see 5 of the progressed streets should actually have been completed.

On another note. What’s up with the number of nodes.

I’ve seen some delays in streets being marked as complete. They’ll sit in progressed for a bit, and then move over. It looks like your activity is from yesterday, though, so I’d expect that to have adjusted by now… Spot-checking the single street, Gammel Kongevej, I wouldn’t be surprised if that’s correctly marked as progressed. It looks like there are a lot of nodes down around Vesterbrogade that are quite distance from your activity’s path.

The number of nodes being incorrect is tied to the global update code. That code is adding/removing nodes, but the data on the page is cached.

Not sure how the displaying of nodes work, but e.g. Gammel Kongevej says 34 nodes, map displays 21 green nodes and 1 red node. That’s 12 nodes i can’t see that technically could be red nodes ?
Or have i misunderstood something ?

The other four streets are all green nodes.

e.g. Hammerichsgade say 35 nodes, but i only see 22 green nodes and no red nodes.

I don’t mind waiting for streets to process, i usually only citystride once a week.
Was just curious, since status page didn’t show any delays, and i have never experienced a delay like this before.

I’m pretty sure that most/all of this is from an earlier version of the code that updates cities. I just put this city back into the update queue, so that should fix up the weird node counts (the nodes were removed from the database but the counts weren’t reset, which lines up with the earlier bug I had). I can’t estimate the time it’ll take to finish this, but after it finishes I may also need to reprocess that activity (which shouldn’t take too long to finish).

This also happened to me this morning: https://citystrides.com/streets/674583 I ran all 9 nodes (all green) but the street says it has 26 nodes

I’m also seeing this for Eudora KS – When I use Node Hunter, it is only showing 3 nodes (that are all unrunable that I need to correct in OSM), but you can see 15 streets showing as incomplete. An example is Church Street where it shows all green nodes, so maybe it is still counting nodes outside the city boundary and shows incomplete. 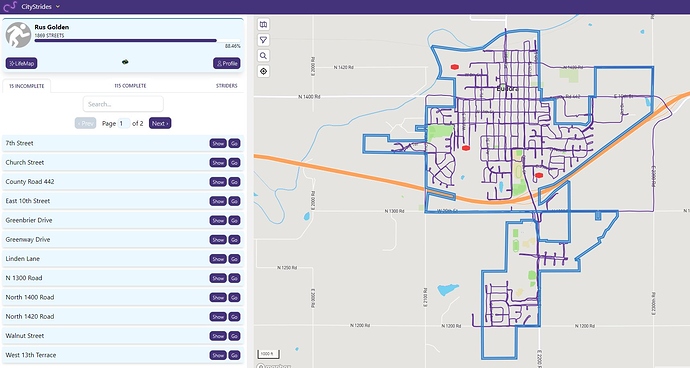 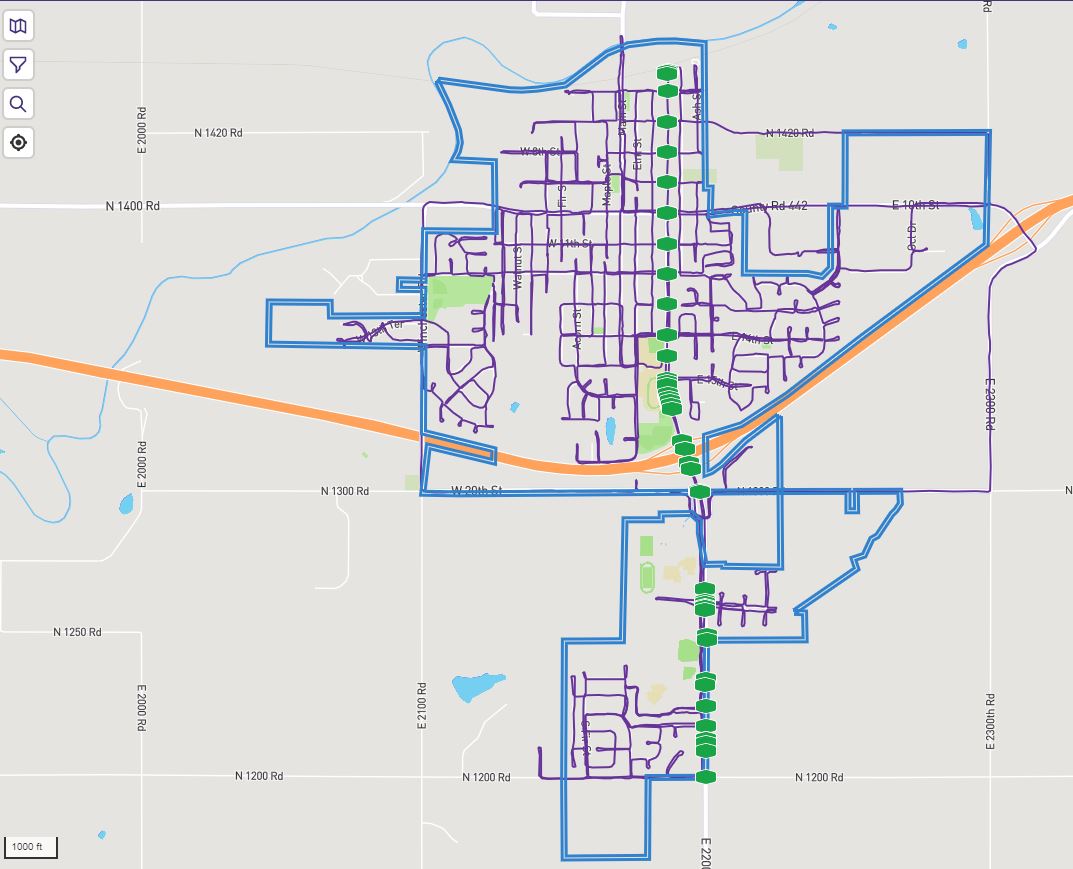 This is an issue from an early run of the city update code. Church Street has 48 nodes, not 56.
Once the next update is run, this will be corrected.

I just read some of your other replies to similar issues that this was likely due to an issue with city code updates, so I’m guessing it will get corrected on its own. Thanks!