Hey there! Was monkeying around with a spreadsheet I keep, trying to get some total data for all the cities in Rhode Island. I found the city of Stonington listed within, which actually lives over in CT. It does show up in the list of CT’s cities as well.

I looked closer and noticed that a little sandbar might be shared between the two states with an OSM territorial dispute, no roads though. Is this duplication something belonging to CS or could / should I work it out in OSM? All this is just a curiosity question, nothing that requests any action, just looking to learn more about how borders and such works.

Thanks as always for the work you do! 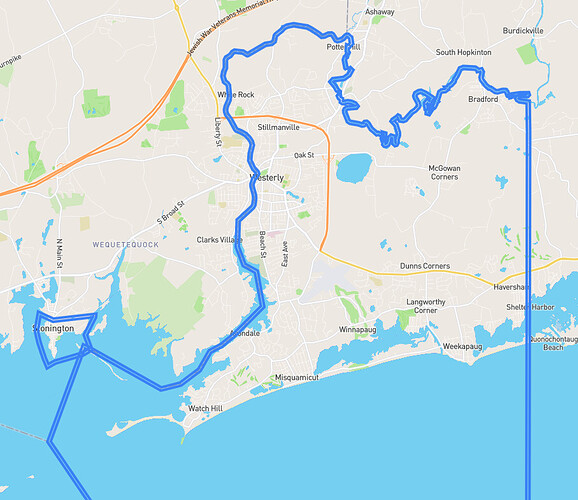 Looks like an OSM error. Everything else shows it as a clear border, as opposed to overlapping border. I have run into a couple other towns in CT where the border is not drawn correctly and had entire streets in the incorrect town.