If anyone fancies an OSM project, can I suggest they subdivide the County of Cornwall, UK. The entire 6990 roads are listed as one city!! I know there aren’t many actual cities in Cornwall (is it only Truro?) but to keep the entire county as one entity isn’t right either. It’s in marked contrast to some small areas in Wales which have 2 roads but are listed as cities in CityStrides.
As currently set, it doesn’t make this area very attractive to Striders

It does look like I can bring in all the admin_level 10 places within Cornwall: 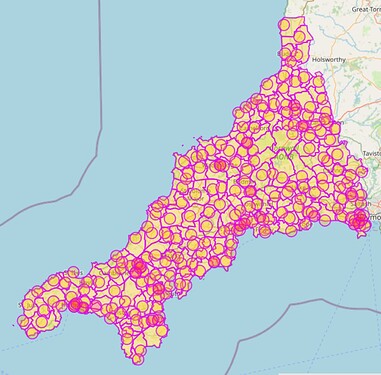 This would include places like (randomly clicking around on that map):

After doing that, the question becomes whether or not Cornwall should remain as a city. It doesn’t sound like it should remain in CityStrides…

I’m always on the lookout for consistency and fairness - having to run all of Cornwall doesn’t seem fair at the moment. Do you have stats on the “average city”? How many roads, how much distance? Clearly not all cities are the same, but maybe it could help a discussion on the upper or lower sizes to be classified in CityStrides.

I don’t know if level 10 is too small, but if that’s the only data-set available then maybe it’d be better than the entire county.
I previously mentioned some places in Wales seem too small to be cities, such as those below. If these are the result of a level 10 import then maybe we’ll have some consistency. 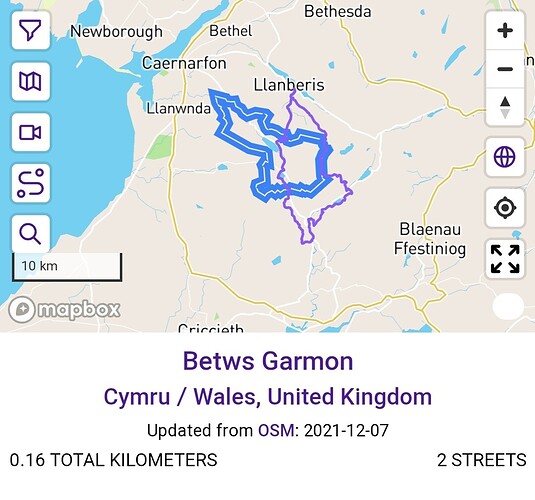 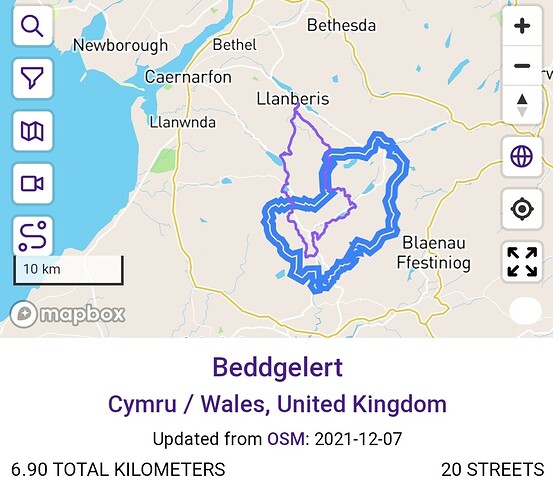 But then what happens with my home city of the London Borough of Richmond? It is already nested in Greater London. Should that also get the Level 10 treatment and get carved up into Richmond, Twickenham, Teddington, Barnes, etc? 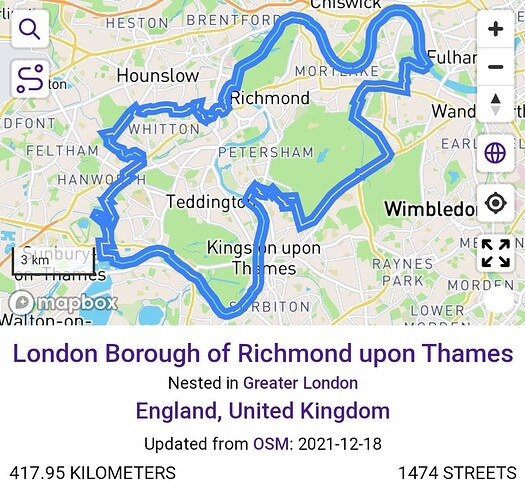 Also along the Cornish lines is NE Lincolnshire, which is a large rural area, but has smaller communities within it: 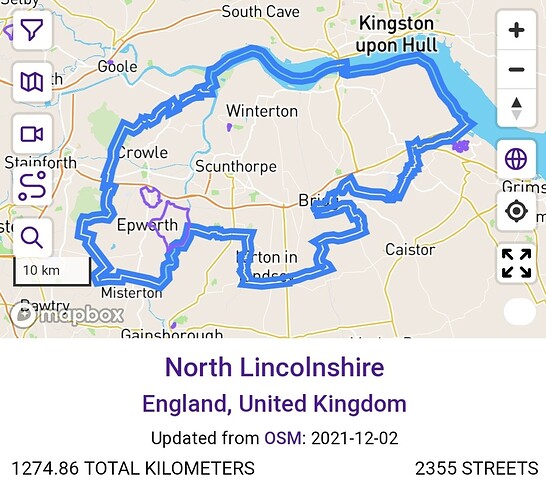 I don’t know what the best answer is but whatever is done I think it would be good to take a holistic look across other similar situations.

Edit for clarity following comment from tzruns - I am not suggesting here that all of the larger “cities” should be split up into very small elements but rather noting that a similar situation as exists in Cornwall also exists elsewhere and any change considered should take that into account. If there isn’t a change that makes sense more broadly then that would be an argument for leaving Cornwall as it is currently defined.

I’m happy for Wiltshire (the unitary authority) to remain as a single CityStrides “city” as I’m not convinced there is any other logical sub-division. The Parliamentary constituencies (Chippenham, Devizes, North Wiltshire, Salisbury, South West Wiltshire) perhaps make some sense but these make some attempt to group by population rather than by geography. Dividing it into the 98 council electoral areas would be excessive, IMO.

Thanks tzruns, I agree with what you say and reading your comment made me realise that my original post wasn’t clear so I have made an edit to it.

BTW - kudos on the huge number of streets you have to your name … I recognise your name as I one regularly see listed on the leaderboard for cities I’ve completed streets in.

Very nice to meet you on New Year’s Day too

I was looking around for my next challenge and realised that the city of Stirling encompasses the entire county also which would make it too huge a task to contemplate, Would it be possible for this area to be broken down too?

Indeed - what a chance occurrence that two CityStriders would be at the same parkrun, nowhere near where either of us lived! The power of marketing, with my branded CityStrides t-shirt!!