Completed/progressed streets are duplicated in activities

My last two activities are showing almost all of the completed and progressed streets duplicated.

It’s because they’re part of nested administrative boundaries. For instance, Cassidy Place is part of both Kellyville, New South Wales - CityStrides and the larger The Hills Shire Council, New South Wales - CityStrides . The nodes appear duplicated because the former is entirely within the latter. If it wasn’t this way you wouldn’t be able to see your % completed differentially calculated.

Sometimes if you run a road that crosses boundaries between two or more municipalities in the same larger area, you could see even more entries in the lists.

OK, thanks for explaining.

It looks like Kellyville (and also Rouse Hill) have recently been added as cities in CityStrides, which is why my recent runs in those areas have shown the streets duplicated (for the specific “city”, as well as the larger local government area of The Hills Shire Council). The duplication has only started from this week.

There is an area in between Kellyville and Rouse Hill (suburbs are Beaumont Hills and North Kellyville), which are not in the 2 new “cities”, but are in the larger LGA.

Also, the % completed for the 2 new “cities” seems like it has only recognised the streets that have been completed this week (since the cities were added), as I have done a good proportion of Kellyville already (more than the 4.69% that is recorded in CityStrides). 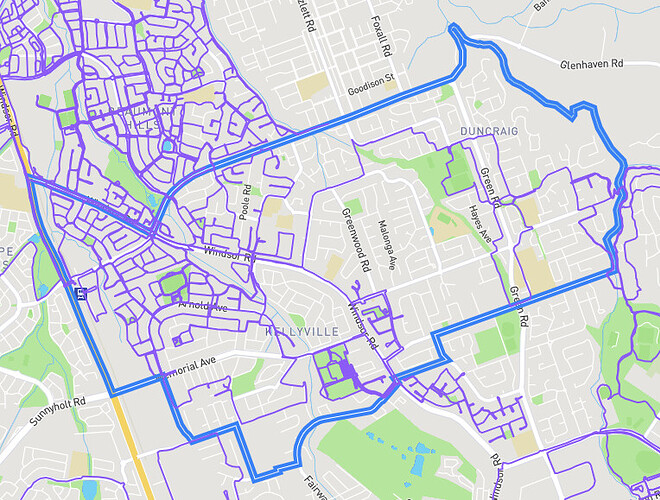 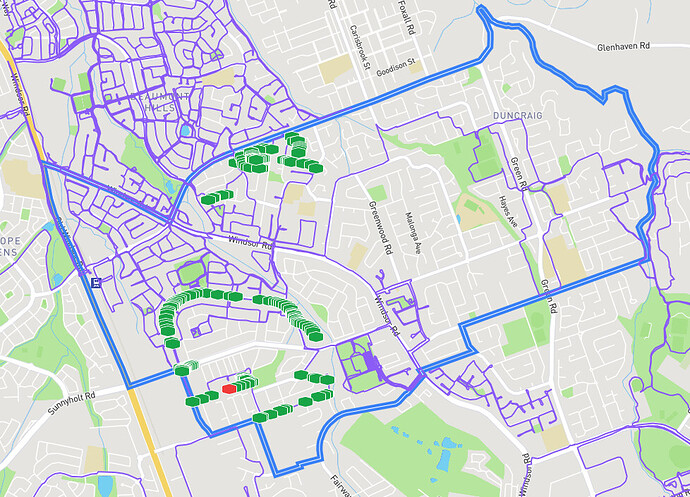 image978×705 310 KB
The last screenshot shows the 16 streets that CityStrides says that I have completed for the Kellyville city, as well as the rest of the purple lines within the Kellyville city area that were done prior to the city being created/added to CityStrides.
hans1 (Hans Westerback) April 9, 2021, 6:21am #4

This must be related to changes done by James, Streets and Cities not updating

I think the progress will update @ando2631 . After the cities were added it took a couple of days for my historical runs to update thoroughly, but appear to now have completed.

The OSM: [blank] seems to me to indicate that initial processing is not complete. The good news is this is almost certainly an initial import thing, and not a trouble you’ll run into in the future unless there are overhauls in the OSM data.

I just finished running the code that properly sets those up, so you shouldn’t see duplicate street completions any more (but you can still work towards completing either parent/nested city).

I just spot-checked, and I still see duplicates listed on that first activity, so I’ll need to take a closer look later… Sorry for the trouble!