Trail extends out to middle of lake

I noticed a minor discrepancy between CityStrides maps and Open Street Map. There is a waterfront trail in Pickering, Ontario that extends into the middle of the lake on CityStrides.

If you’re talking about the way called “Waterfront Trail” in the map you linked, that is tagged as a cycleway in OSM. CS does not import cycleways.

See this topic and the spreadsheet linked in that topic for more info.

Thank you for the detailed response! I will read through all the information you linked.

Whatever it is tagged as, it looks like CS is importing it.

Ah, apologies, it seems I misunderstood what you meant before then. I was not zoomed in enough on CS to see what was going wrong. What you’re seeing on CS is what looks like a bug in Mapbox’s rendering code. CS pays Mapbox (another company) to handle the rendering/hosting of the maps (i.e., the background is handled by Mapbox, the nodes and lifemap are “painted on top” by CS). You can see the same thing going wrong on Strava desktop maps, they also make use of Mapbox. I don’t think CS can do anything about that, besides maybe letting Mapbox know.

Thanks again. I submitted the issue on the mapbox website. 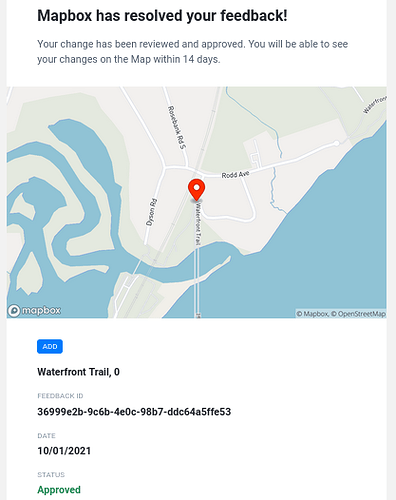