Just a suggestion, what about a global map in which we can see activities from every user all together? It migth be used as a heat map just to see where people run the most.

I like this idea, as it would be cool to give us the overall plan to run every street on the planet. I had also thought it would be fun to be able to combine maps for tams such as running clubs. There is a huge group in CT that has a stated goal of running a race in each of Connecticuts 169 Towns. A global or a team map would get them on board.

I love this idea!

The big roadblock is that this would be a lot of data to display, and the data is always changing. It’s definitely possible - as an example, there’s this post from Mapbox which displays tons of data in their map. I just need to work out the details so I can get as close to a live representation as possible, while not just trashing my server.

well maybe once a month or year?

I second p.gomes, once a year to show how we progressed as a community would be really neat! 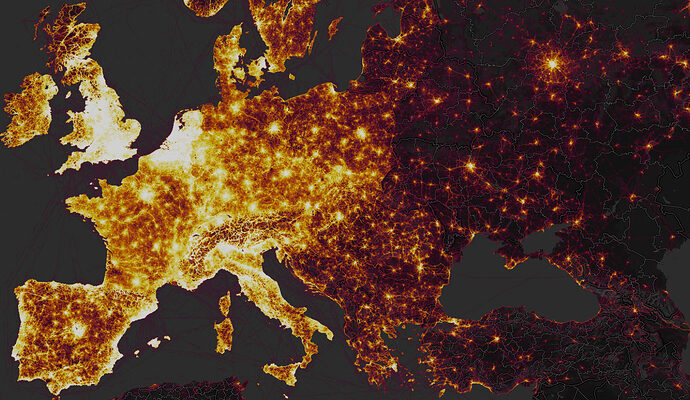 Was just thinking about this on a run this morning.
Figured someone must have already had the idea, and sure enough @sombra73 did indeed post this, a short five years ago.

Thought I’d bump this back into action, see if anyone else has interest in seeing this.

Cool idea. I voted. Made me wonder, “Which street in CS has the most completions?”

Semi-annual updates sounds like a good idea. Maybe process during non-peak times (if there is such a thing).

Thought about this today, as I was thinking that all of greater Washington DC area has probably been run when you combine a few people. Did anything come out of it? I think a yearly combined global CityStrides map would be awesome

Yes, but I’m guessing they have a larger server…!

Did anything come out of it?

Broken link (now): Discover a run with RunKeeper | by Mapbox | maps for developers

Cool idea. Was thinking it wouldn’t need to be real time, perhaps just updated once a month?

Even updating monthly… Someone needs to back a truck of cash into my driveway.

London sure is hot!

I wonder how much that number, 1.5m, has increased in 6 years? Wonder if there is a North America version?