In one of my local cities, there was an OSM edit to correct the names of a couple of new streets

The street names had previously been reversed in OSM.

When Medical Center Parkway updated, it added the new nodes to Citystrides, but the update did not remove the old nodes. 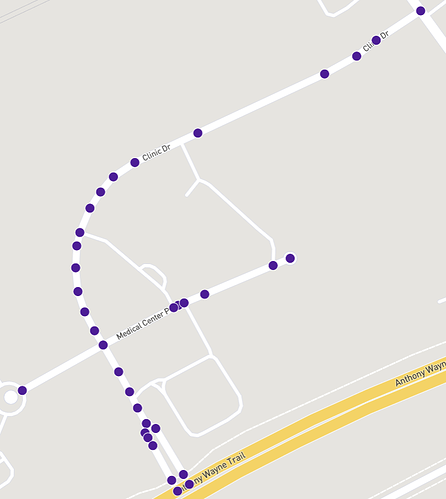 I am not sure if a single street can be forced to update or if the next time Maumee updates it will fix itself, but if it won’t fix itself I wanted to make sure it got the attention it needed to get the issue resolved.

Yeah this has been an issue for quite awhile now. There’s some issue with deleting nodes somewhere in the city update process. Not sure if James has really looked into it.