Running a city got me on TV and the paper 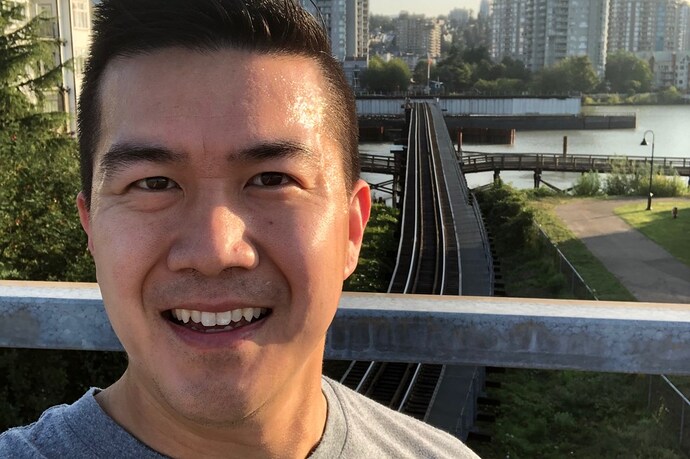 Burnaby man runs 'every inch of every street' in New West

Between 66 running sessions, one Burnaby man has covered 299.8 kilometres, running every street in New Westminster.

Thanks James for your awesome website! Couldn’t have done it without your hard work.

Damn I just came here to post this! Congrats! Did you 100% the city in CityStrides? Including buildings, or only streets? How’s the data quality in New West?

Thanks! One reason I stayed away from Burnaby was your incredible effort there. Amazing stuff. I think I’ll need to start it soon as I am getting restless.

No, didn’t get 100% in New West. Only 98.4% as the rest are waterways and 1 building that I cannot fully access. Data quality is great, but about 10-20% buildings/waterways I’d estimate. Flagging but no luck yet in getting them removed… did you ever have luck in successfully removing buildings/waterways?

No, I never flag anything. For me the entire fun of city strides is getting the hard to reach stuff. Running streeets is cool but too easy. Like in Burnaby I ran every alley and pretty much every lane of every parking lot. I might eventually flag some of the really stupid stuff (like Refinery burners), but generally I leave the flagging to others. I told James don’t remove anything that I’ve completed!!

I have seen a few streets removed. Like I think Colin flagged the Trans-canada in Burnaby (I could have run that one) and James removed it.

The work I’m doing right now is going to completely remove all the bad (non-street) data in one fell swoop.
I’m sorry @supermitch but I feel like this is a step in the right direction for the site.

Part of me is on Mitch’s side… it was totally fun to figure out how to nab the buildings, highways and other landmarks. But on the other hand, I do want to get to a perfect 100%. I’m not ready to get in a canoe or tresspass into properties to get the last 1.6% in New West.

But overall, I think James has to do this in order to make this site more mainstream…

You should commit and run the Trans-Canada while you can! Hardcore! I did some highway but super short sections.

It’s entirely understandable, from a site-wide point of view, to want accurate data. I’ll live with it. There are 100’s of thousands of km’s of nearby cities I can run roads in, too

@duranc yes, the trans-canada would be sketchy but I think I could run the the vast majority of it through Burnaby by bush-wacking just next to the shoulder. Might have to do both sides though to reach all the nodes. Would be pretty hardcore.

@supermitch The nice part is that all the non-street stuff that you run will still show on your LifeMap. I do the same thing with trails in each town. I run them, but don’t get credit for the number of trails I run. That’s ok; the LifeMap shows the extent of your accomplishment. Keep up the good work!

Trans Canada would be plain nuts. I have Hwy 99 and a good section of the Trans Canada in Surrey and I’m not touching those. If the trucks didn’t get me my wife would murder me for attempting it.

I had to flag two of the boundaries for White Rock as they were way out in the ocean.