Normally when i start citystrides i go directly to my profile page. The things I see on the home page are only partially interesting for me. The interesting thing i think are the overall statistics: what is the average run? how fast? (btw is that running only or also walking). I would be interested in more overall statistics, maybe a pull down: what rank is/are my city/'s in the world? The same for total number of runners, km’s etc (someting like Placea, total Streets/streets run 8000/7000, nodes 20.000/18.000 , 500 runners, average km 4,6, average speed 6,63 km/h longest run 42.195 etc (p.s. ,=. and vice versa in Europe :-). It is not so interesting who as run last because the chance I know this person is very, very small at this moment

I think pace and distance is pretty uninteresting, especially since some of them are just bad data. See people “forgetting” to turn off gps in car or even on plane, some of them are clearly cycling.
The whole point to this site is finishing streets. Leave all that other stuff to Strava, RunKeeper etc.

Especially since the Leaderboard is a mess, with no way to sort data.

r/running - What’s your running challenge for 2019 and please can you help me...

And perhaps some more info for people coming to the site for the first time. For a newbie the frontpage is not very inviting with the lack of information.
At the top of the page, some nice inviting grapichs with a catchy headline to lure in unsuspecting victims 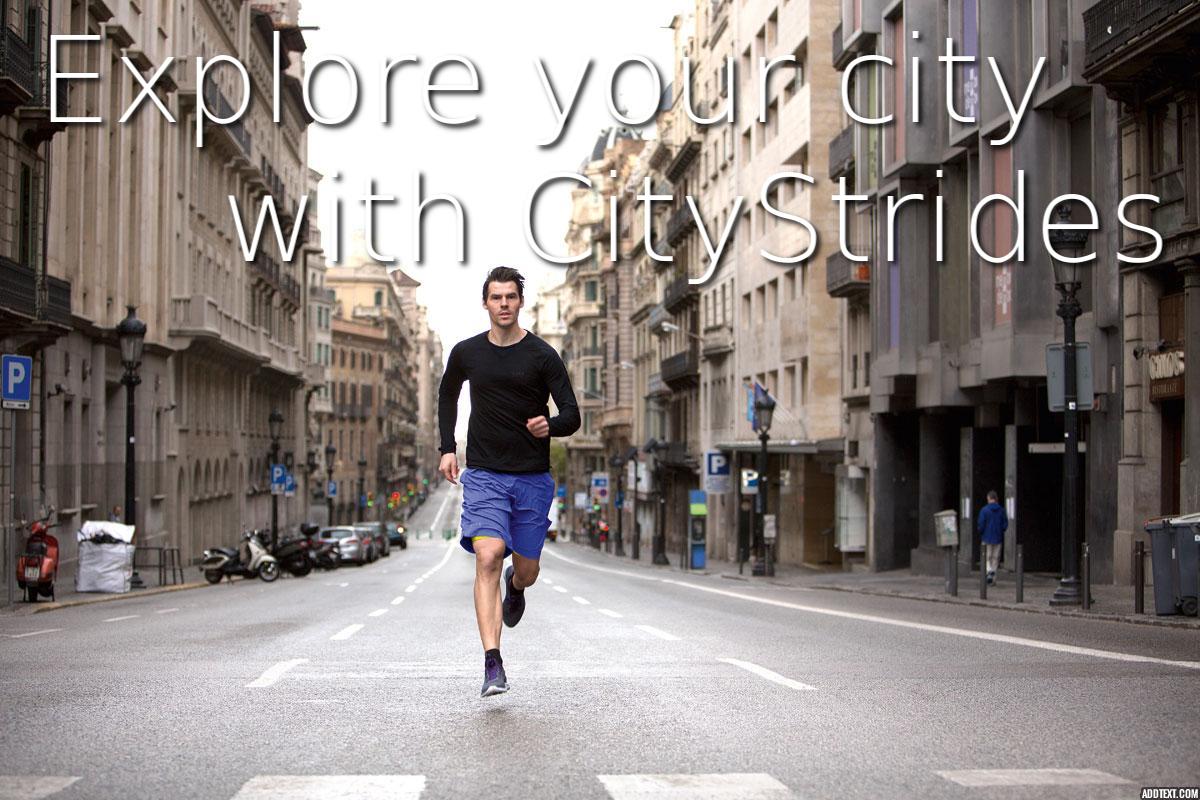 And at the bottom, the three coulmns with most completed streets

Well I’m getting the “revive this topic?” pane to the right →

But since I followed a fresh, 13 hour old reference here, I feel it’s OK to revive.

The whole point to this site is finishing streets. Leave all that other stuff to Strava, RunKeeper etc.

Totally agree with that. CityStrides is about traversing streets, on foot. I like seeing how many streets people have done. What percentage of a city they have. To be able to see their traces for those cities and activities. To see who has 100%. Perhaps to see who got 100% in a city, or cities… And I guess an asterisk when more streets are added to city, and someone loses their 100%.

One thing that I don’t think should be shown is a tile and stats for people who have their data hidden. There’s no point for anyone to click it, so why have it there?

I totally respect someone who does not want to share, and is doing it (Striding) for themselves, thus I don’t think there’s a need to tie up front page real estate.

Since this chain is reactivated, I wanted to share an idea. As a new runner (and citystrider) it will be a long time before I can hope to show up on a “most completed last week/month/all time,” so I would enjoy a metric like “greatest advancement” that shows users who have generated the greatest percentage increase in their city or in total roads completed over the last week/month. For example, when I go from my current 4 roads completed to 12 over the next week, I would have a 200% increase reported, and maybe have a shot at appearing on a front page.

Currently, my short-term goal is to advance from Strider page 34 in my city to Strider page 33. I would be MUCH more motivated and feel more engaged as a new user by the opportunity to show up in a more significant way than buried in the lists.

Thanks for considering and for all the work you clearly put into this site!

Holly…you could get on the week list…in just a week. Honestly these lists are completely bogus anyways until James fixes the duplicate street completion. For example if I run a road in Colonie the same road exists in the Town of Colonie and I get credit for doing the same road twice. Its a known issue that makes leaderboard pretty misleading. I think some roads might even count 3 or 4 times depending on your area.

I didn’t realize that was such a big problem. Just joined (obviously) and still learning my way around here, so I appreciate your explanation.

Hi @hgierisch and welcome to CityStrides! Another fun way to gamify Striding and introduce some competitiveness is by joining the monthly challenge.

Here’s the one for April: April Absurdity Challenge

There aren’t many users on there but it’s a fun way to compare just the amount of streets collected that month. As @dallas.devries points out, however, the same issues with duplicate street count exist.

One thing that I don’t think should be shown is a tile and stats for people who have their data hidden. There’s no point for anyone to click it, so why have it there?

A thought came to me on this while running today (it’s when I get my best ideas). If there was a “friends” concept here (I know it’s been discussed), then maybe the hidden data wouldn’t be an issue… So maybe it’s “show user if not hidden” and “show if hidden and friend” (not the best example of Boolean logic, but you should get the idea).

I initially had this somewhere else, but this spot is better:

I just said this here, but I was wondering about one’s own history, i.e. something like:

Best days, most nodes per mile/K, streets per mile/K, and perhaps worse days too. Most miles/Ks and least nodes/streets (how hard did you work for it).

I’m still new enough that a) I have not manually completed a street, and b) I hope not too, but I do recall seeing an idea about “hard more” where the node percentage is 100%. A stat to that affect might be interesting. Nodes due to manual completion.

I am curious about manually completing, does that mark ALL nodes on a street as done, regardless of the number of nodes? I can see one or two, but if it’s a bunch, then I think it’s a map error. Oh well, I got a bit off subject.

I do plan to roll back through my pages, as I’m newish, it’s easy to do. I’m curious about my best and worst days. Maybe I should start collecting now.

I am curious about manually completing, does that mark ALL nodes on a street as done, regardless of the number of nodes? I can see one or two, but if it’s a bunch, then I think it’s a map error. Oh well, I got a bit off subject.

Manual completion marks the street as complete regardless of how many nodes it has and how many you have completed with your runs.

It certainly could be abused, but it is really there to get around the delay in OSM updates as well as the GPS errors which might keep you from seeing a completion on CS when you had actually run the whole thing IRL.

There are lost of different opinions on it - there have been suggestions to abolish it, and many discussions about the ethics and morality of using the manually complete button.

I used some before the global update project was completed as the old map data was notoriously buggy, but since the maps have been updated, I have personally not used it as anything I feel I could use Manual on, I just go to OSM, fix the source data, and am trying to be patient for when the update process is rolled out (probably would have been done by now if it hadn’t been for the Strava backlog issue that is taking all the development time)

i’d love to see a statistic for total miles in a town/jurisdiction. could be right next to the total # of streets.

@simon.mcnaughton2 I always think about personal stats when I’m out gathering nodes. I often wonder:

I often think if one could just write a bit of SQL, to query our own stats, it would be cool.

Thought I’d add on here an idea for statistics, rather than make a totally new post: For those of us with multiple countries, it would be cool to see a breakdown of our street count by country

And I’d think not too hard to do…

What was my best week? Month? Year?

Just realized you can kinda get this picture on the recently redesigned home page. The “Group By” pull-own is the key.