It always made sense to me for “CycleStrides” to be an entirely separate integration / website. In which case perhaps the API limits are separate.

Definitely agree that separate site makes sense, especially if existing services like wandrer.earth that @laracroftny mentioned above exist and are already built out.

For what it’s worth, my Wandrer data uploads instantly. Like as soon as I see the Strava notification that my ride is ready to view, I also get my email notification from Wandrer about new achievements. My guess is there are fewer users trying to upload each day. Demand is increasing, however, because back when I joined there was no charge to upload my entire history like there is now.

Can I upload places that I have cycled? I have integrated Strava and Garmin but my main activity is cycling and it doesnt seem to recognize it.

I would like to find a cycling version of CityStrides, so I can have my running on one Lifemap and my cycling on another

I would probably prefer to have a separate site for cycling, to kep them apart. Would like to keep CityStrides running, unless we could have two very clear partitions…but then it’s not strides any more…

See above in this thread at this post for another site that offer what you’re looking for.

Just signed up to wandrer.earth. Although it does say that you only get 50 most recent rides without paying, it looks like it’s loaded all of them… they are all listed in the “rides” page anyway.
It doesn’t seem to show everything on the map… but as far as I can tell the map only shows where it has matched the ride to a section of road, which keeps it neat in places you ride a lot - only one line instead of loads on top of each other, though no sense of “popularity” that you get from thick lines near where you live on CS. Also means that it tags the start of loads of little side-streets that you’ve gone past, whihc looks a bit rubbish. Eg, this is part of my regular commute to work: 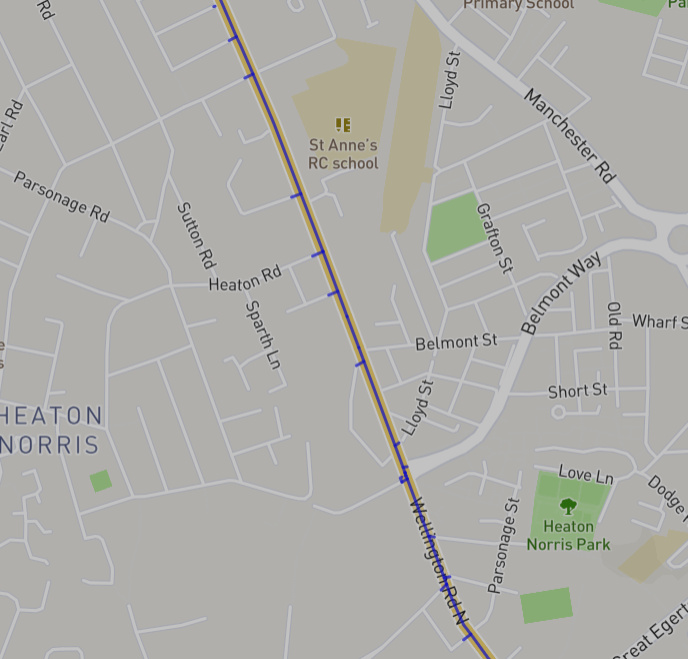 I do like that the map keeps it clean without overlaying every ride that you have done. If you like seeing a more traditional heatmap that gets darker on your popular routes, Strava’s is pretty nice but is a premium feature and has no leaderboards, percent complete, etc. I don’t do much city riding so I have never noticed the little side streets with false starts.

yeah it’s pretty neat all-in-all. It is only showing my 50 most recent on the main map though, even thought the rest appear in my list of activities (and you can click through to individual maps for them), which seems weird… presumably it’s not about API access then?

Thought just occurred to me, from a recent idea: Should this ever happen, I hope stats are kept separate for how the nodes were gathered.

One issue that hasn’t been addressed is the question of names. City Strides uses names to track the different streets, and it’s the name on OSM that matter. CS is not going to replace OSM for a variety of reasons. Changing this relationship would be a fundamental change in the data structure underlying this site, and could very well break it.

One result of using names is that some cities have discontinuous streets, with a piece here and another one way over there. (Many of these data from when two separate cities merged.) This has caused some people to comment unfavorably.

Another result is when a single street shows up as two separate streets in City Strides due to inconsistencies in street names. “Main Street” and “Main St” are not the same street. Neither is “Main st”. 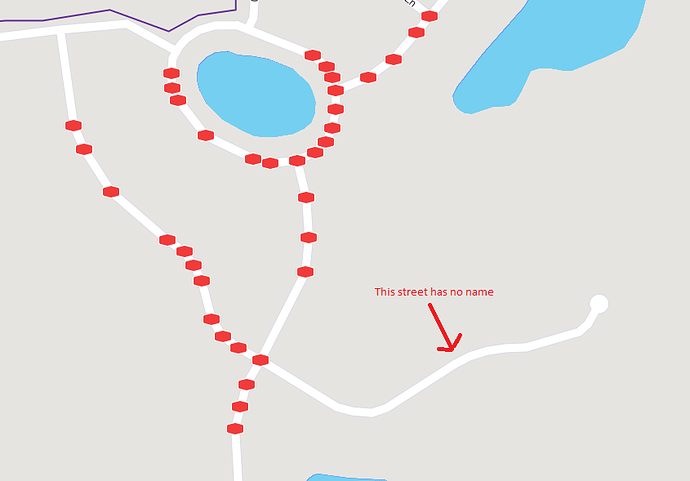 So just adding walkways and trails may not be as simple as changing the import parameters.

Good points @fredrik.coulter. I had a similar problem, in my previous life as a software developer. My solution, as it applies here, would be tag each imported way with something like “.hike” and “.bike”, knowing there will be a “Main Street” (initial/existing db entry), and something like “Main Street.hike” and “Main Street.bike”, all pointing (literally, with a pointer) back to the original data, and hopefully just one set of unique coordinates, which may or may not apply to all three node gathering methods.

Obviously this is not a fully developed thought, only a faint memory of something I once coded.

PS. Hope you find a name for the street with no name.

Hi. I’m only getting my walk/ run activities synching from strava. I presume that’s intentional but my town is a bit big to get to only by running/ walking so would it be possible to add in cycle activity too?
Thanks

This site is for running, I guess there are similar sites for biking?

My wife and I also have a tandem, but we tend to ride the same route.

I know what you meant, but I was still thinking, “Well, it would be pretty difficult for two people on a tandem to ride different routes!”

I can’t believe I wrote that! It’s been a long week, and I’m in the middle of moving.

Thank you for this - injury has stopped my CityStriding (and I was as high as 120 on the leaderboard!) so I’ve had to get back on my bike - not the same but better than nothing…

Would be cool if cyclists could use this too, and not just runners. I do both.

There is also the site wandrer.earth where you can track both foot and cycle, a bit different since it also includes paths, trails, cycleways.