Like many of you, I discovered CityStrides during the pandemic as a way to stay active and motivated without any real life races to train for. I also switched continents, and thus strode some very interesting and disparate terrain (rural/urban, flat/hilly, paved/unpaved/downright dangerous) in both USA and Portugal. I thought I’d share my maps from where I ran the most, feel free to share yours as well! 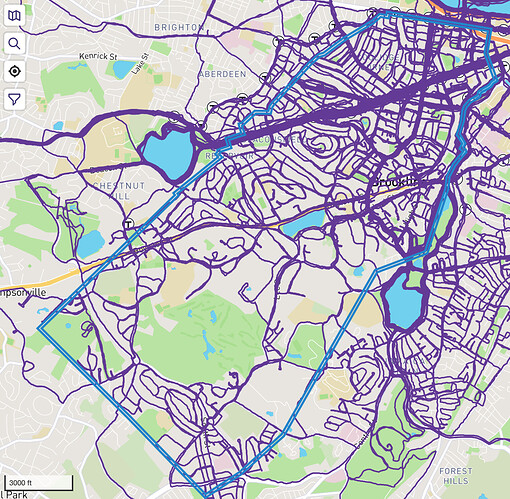 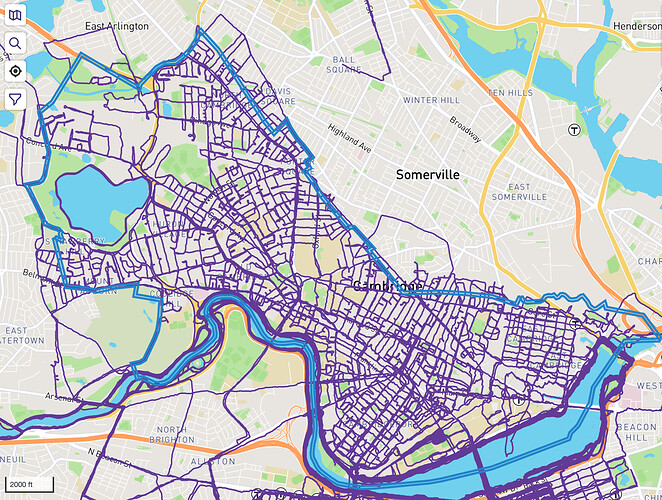 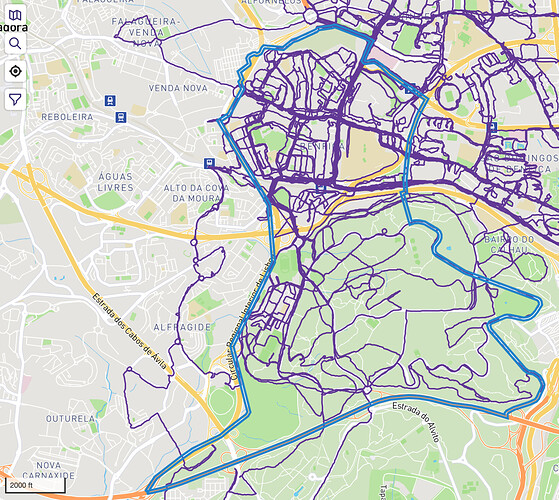 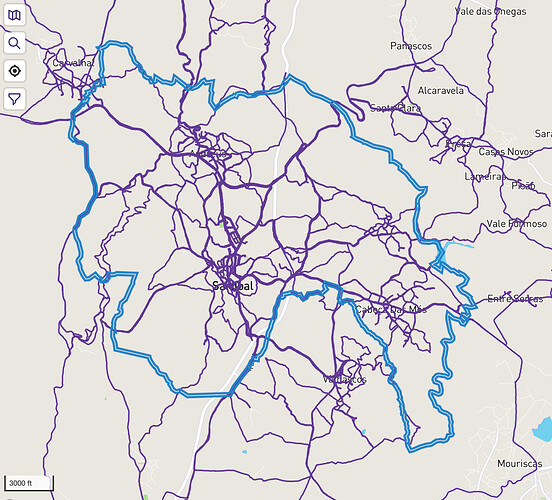 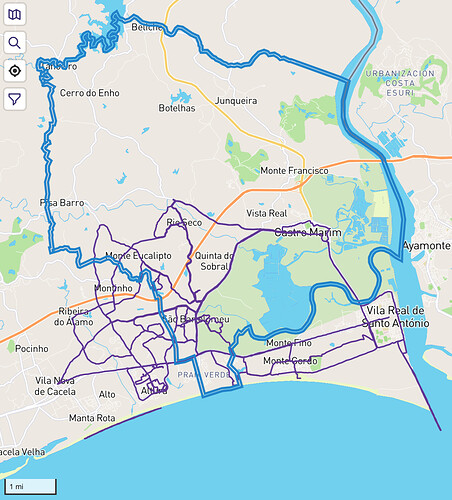 I am guessing we have run by each other a few times, I am making my way through Brookline now: 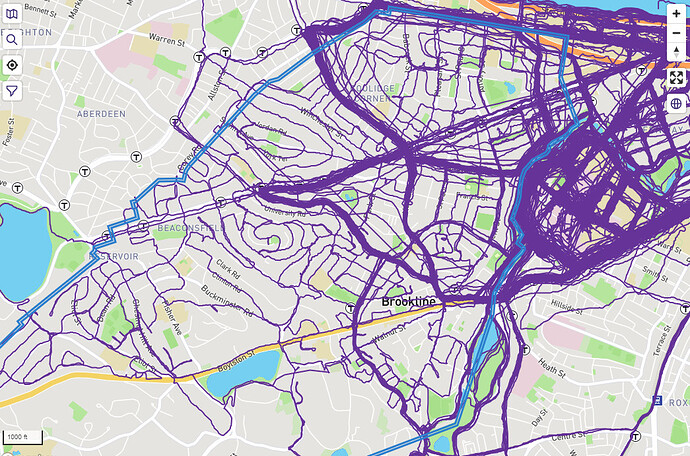 My favorite map of 2020 was being the first to complete my hometown of Portsmouth, NH as I raced 2 other striders who each run much faster than me (10-12 Min/Miles vs 6-7 min/miles). They were traveling from a town over and I live here so I think the speed vs the accessibility evened out and I won (one strider finished the day after me, and the other 4 or 5 days after). 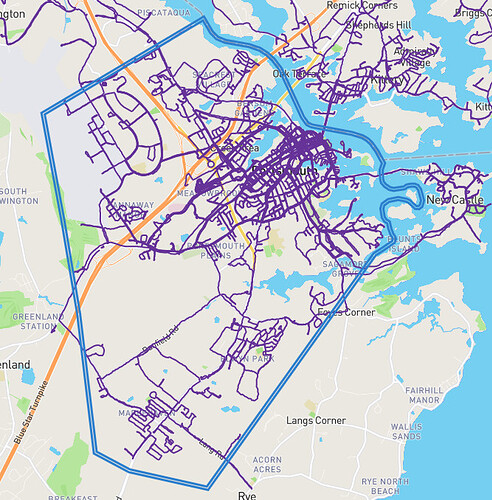 I also have finished Kittery, Maine. Right now it shows 75%, but I have run 100% of it and am waiting on OSM updates (plus I do need to re-run a single road where my GPS screwed up and had me a little bit off of the road). This was fun because despite living next to Kittery I had never really explored it. It has a lot of rural areas and TONS of no tresspassing/gated streets that needed to be corrected in OSM, so I feel like I was also providing a service. I even met another OSM Maine mapper and learned a lot about how to properly mark roads that are private but accessible vs private and not accessible according to Maine law. 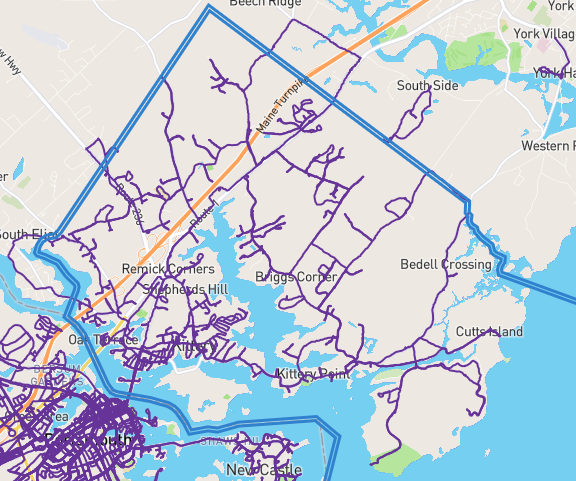 Oh also, thank you city strides of getting me to change up my routes, I had been running the same 3 or 4 routes for the last 5 years and my lifemap shows it, here is Boston:

Was never planning on doing all of Boston, but the pandemic changed that. 99.84% No manually completed streets. One “street” at the airport which is unrunnable, one street completed after OSM updates, but not moved to the completed column, and 5 scattered streets left that I’ll eventually get to. I’m also working on filling that hole that is Brookline. 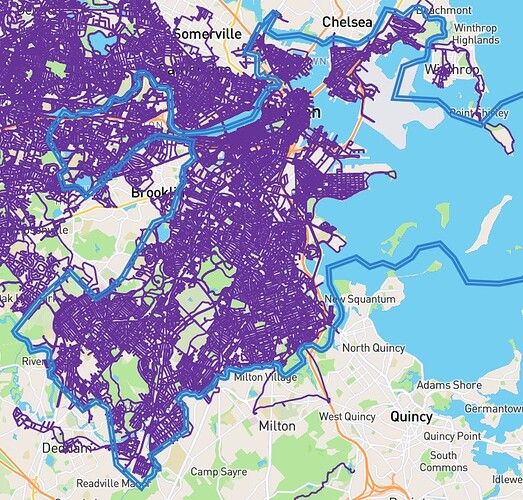 That’s unreal! I had ruled out trying to do all of Boston because of the sheer size and inconvenience, but clearly I need to be more ambitious in 2021

Brussels consists of 19 municipalities (communes). I have 4/19 communes with 100% competed streets, and another 6/19 with 99%+ (the missing streets being private and not accessible). 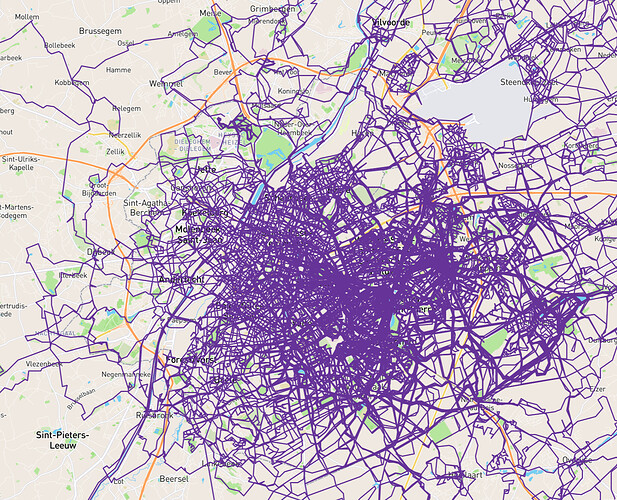 Brussels1655×1341 1.13 MB
I wish you a successful new year in terms of the number of streets completed and in other aspects of running and life beyond it

Now i can’t resist, not showing my progress of 2020. A few years ago i used CS to make my long training runs bearable, and then it became a goal in itself. First my homecity, then all the cities around. Now i am aiming for the south part of the province, and use the country border as my goal! 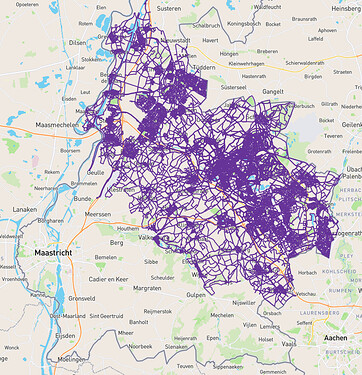 Last year i started to aim for a fairly large city to the north (Sittard-Geleen). I had a great year pursuing this one. Great runs, interesting views and a lot of nice sunrises. 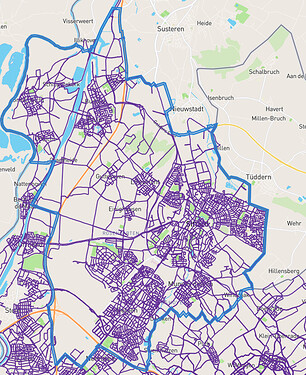 Next week i finish the next smaller city south west of it (Stein): 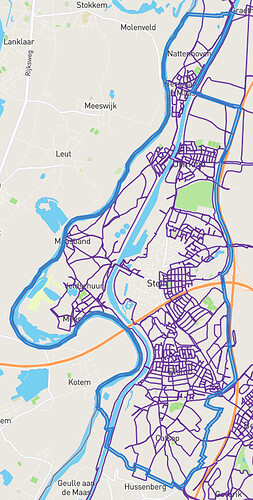 And 2021 will be Meerssen en Valkenburg for sure. I am doubting doing the last 4 cities missing after finishing those: Gulpen-Wittem/Vaals/Eijsden-Margraten/Maastricht. Far to drive to, lot’s of tracks, trails and long very hilly roads.

@jason, that’s very impressive. I had to open Boston to see that a) There are 4422 streets, and b) Already one Strider with 100%, and others like you, with very high numbers. Well done!

PS. You have a very impressive street count too!

[edit] Just looked at more maps of others! I am not worthy, but I’m trying.

Oh, and if I had to toss one in the mix, it would be the massive Keller, TX with 987 streets. And this was my first year with CS too. OK, one for a smile. Second favorite is Lipan, TX with a massive 23 streets! 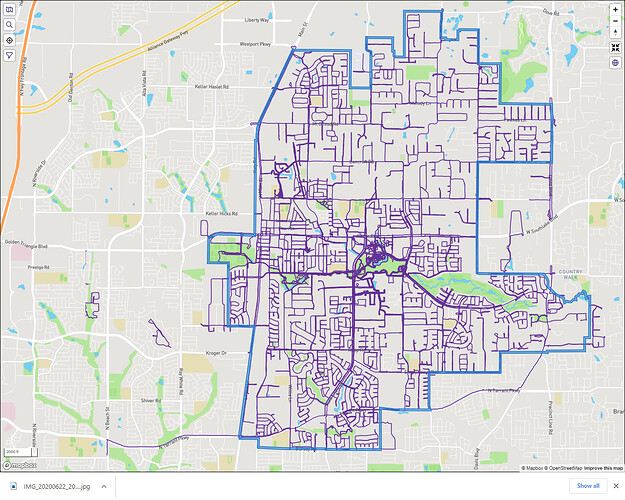 Forgot to add the screen shot of Keller… Fixed.

I’ve got 100% of Cambridge and Somerville MA: 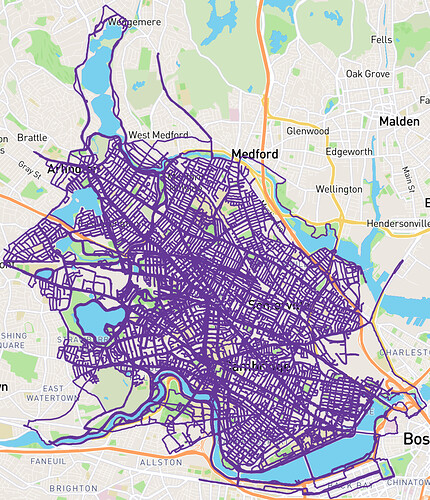 and fringes of other nearby towns.

@kevincharlespels, I actually snagged Concord Turnpike early on a Sunday morning, right after the pandemic started, and there was almost no traffic. Looks like it was later removed, presumably because it got (correctly) marked as a highway, so that’s no longer one of your incomplete.

An OSM update did add several streets, including ones in Mt. Auburn Cemetery (where running is not allowed, but I walked them and counted it as a run).

Thanks @ericjrw! You have some good looking maps as well. I’ve been using CS for almost 6 years now and I’m a bit addicted, hence the high street count. Also, I’ve been furloughed/unemployed since April so I’ve had some extra time on my hands, fortunately or unfortunately. Keep up the good work!

That was my OSM update, I tried to run it twice and decided it wasn’t safe even though others had done it

Yeah I moved from MA in July, and back then the Mt Auburn Cemetery still had really restricted hours because of COVID (& no running) so those remaining streets of Cambridge have to wait til my next visit.