CS "knows" about a street, but it has nothing to show

The street is : Liberty Drive

The odd thing is, the street is in OSM, but does not seem to be named in OSM. So how does CS know about it?

Before I add the name in OSM, I wanted to ask about this.

Here’s the activity where I ran on Liberty: Eric Wes's Activity on September 28, 2020 - CityStrides 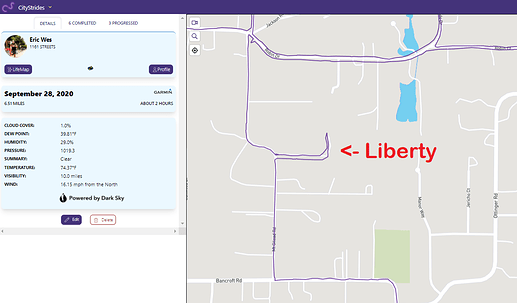 So turns out the name the city has is Liberty Hill Drive, and CS does not know about that one.

So I guess I should name it, in OSM. Agreed? 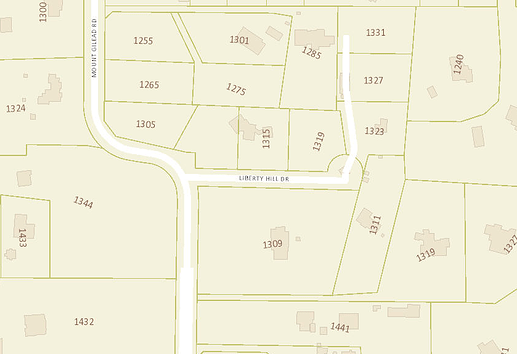 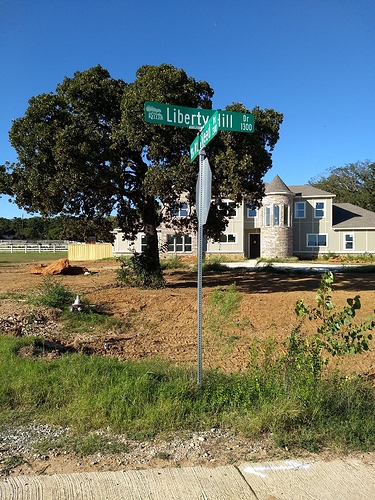 So I guess that means “Liberty” can be purged from CS, as there’s no way to run it!

The fact that there are zero nodes is part of the recently fixed bug. The next update process will fix that.

Cool James! I’ll have to keep an eye on that, as I might have to pick up those other Liberties!

It’s very exciting getting close to 100% for my city!

Oh, and thanks for pointing out that I’m still missing the Keller portion of Davis Blvd, which is exactly where that public piece of Liberty is.

I see the problem with “Keller Pkwy”…
There is also “Keller Parkway” Keller Parkway in Keller, Texas - CityStrides , which I have completed. I recall there was a business driveway, in Keller, at the east end of Keller Parkway, that was incorrectly named named Keller p-something in OSM. So I think when I unnamed the driveway, I might have caused this problem.

That is not a big blue screen. It is the ocean off of Africa. (Just keep zooming out.)

You can join the waiting list for the cruise we’re organizing. We’re all going to get within 25 meters of that spot and go running on the ship’s track.

(Seriously, this is a known bug with the early version of the update routine. It has been fixed, and when Keller is updated next, it will be fixed.)

Cool! Thanks @fredrik.coulter, I don’t consider myself an inpatitant person, but when I’m so close to finishing Keller 100%, well I guess I’m getting antsy.