It doesn’t look like changes to city borders in OSM are making their way into the outline on city map view in CS. If a city annexes a new area or extends current border, CS does seem to pick up the new nodes in these new areas; they just look like they are outside city limits because purple border line doesn’t include them. Perhaps similar/related to past reports of streets/nodes being outside city limits?

In OSM, there are two areas where border was changed awhile back (OSM changeset) and they display in OSM, but not CS border. 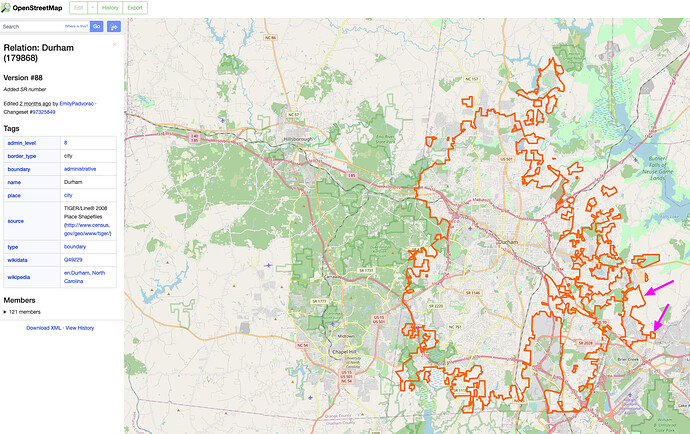 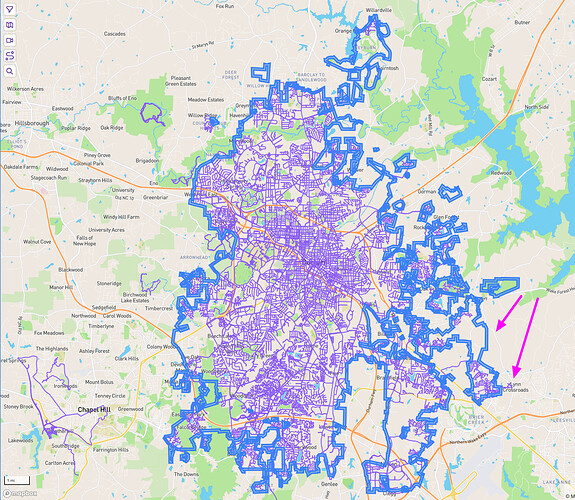 For a closer look, new extension moved that long, straight-ish border to the right to include more of Olive Branch Road and added little rectangle area below it. 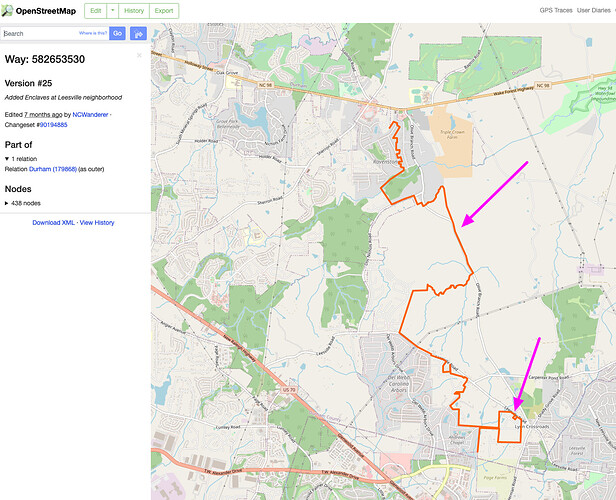 In CS, the new nodes did come for the new area; they just look outside the border. Example: Farm Pond Trail 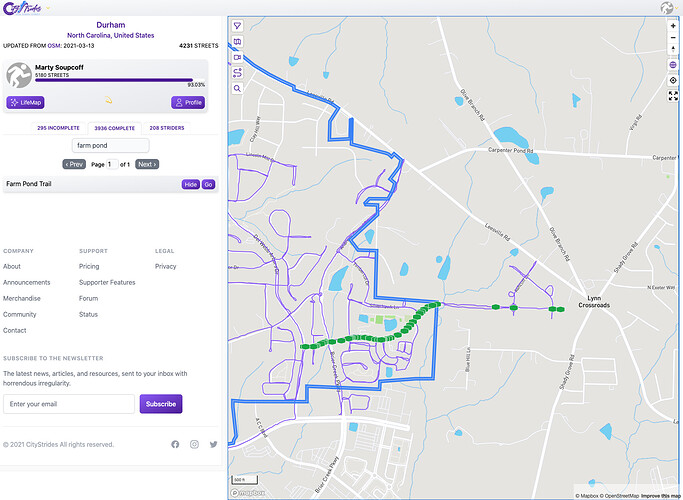 Durham has had two updates (Feb 10th & March 13th) since the new update query work was completed in Jan. So I don’t think it’s a ‘need to wait for next update run’ thing.

Yeah, city borders aren’t automatically updated (yet?) but I can manually force that.
I’ll try to get Durham, North Carolina updated sometime today.