Hi @JamesChevalier (and everyone),
As a ‘nested city’ runner I’m often frustrated after uploading my runs to Citystrides to find that the my completed street count has increased by far less than the actual number of streets I ran.
This is because currently only street counts for the parent city rather than nested cities go towards my grand total. Previously both nested and parents were added into the grand total causing double-counting so @JamesChevalier changed things to only include the parent city in the count.

I would like to suggest that, if possible, this be changed so that only the nested cities go towards the overall total.

Here is a good example of the issue:

I run in Greater London, England - CityStrides which is enormous and in order to complete a street like Station Approach - CityStrides (pictured below) I need to run over 50 distinctly different streets in order to get credit for just 1 street. 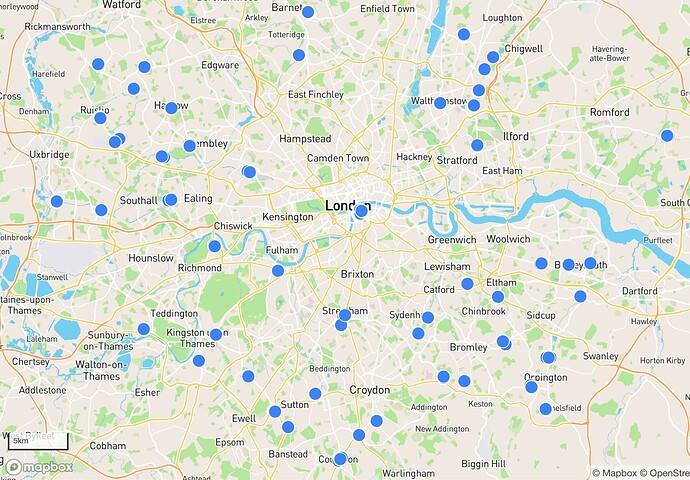 I’ve already completed 9 of these but they don’t count towards my total and as London is so big there are many similar examples such as Church Road - CityStrides and High Street - CityStrides in fact there seem to be very few streets with unique names within London meaning consistently having to complete multiple unrelated streets in order to get credit on the street count.

The only downside to the change I can see is that single streets that pass through multiple nested cities will be counted multiple times but for London at least that would be a tiny percentage of the total and would be somewhat offset by there still being multiple discrete instances of streets in the nested cities to be completed that the above change wouldn’t affect.

Do any other nested city runners (or otherwise) have any thoughts?

Just made a quick count of Stockholm. It’s divided into 13 nested “boroughs”. Stockholm has 4311 streets, the total sum for all boroughs is 4439. Normally the same street name can’t occur more than once in Stockholm, although there are some exceptions, maybe a dozen streets where there is one with the name officially, and another small road in a cottage allotment that has been unofficially named, and then entered in OSM. But apart from that about 2-3 % of the streets are running through more than one borough. So for me it wouldn’t really matter which way they are counted towards my total street count

This idea has been suggested already, for example here.

I think it is not specifically related to nesting, so much as just the fact that some cities have multiple (not contiguous) streets with the same name, sometimes because cities have subsumed surrounding ones. James has mentioned that it is an unsolved technical challenge to get the perfect query that correctly identifies these.

Hi @tev4, I think that these are two different issues.

As far as I can work out, those previous examples all relate to a single city having numerous streets with the same name and Citystrides has no way of knowing that they are in fact distinct streets from the OSM data. I’m aware that there’s no way of solving that problem currently so street counts will still be understated.

If you take a look at the magnificently prolific James Salmon’s profile (who is running mainly in Greater London) his total street count is currently 14,467 streets whereas if you total all the completed streets in his individual cities (excluding Greater London to avoid double-counting) Citystrides knows he’s actually run more than 20,000. He’s probably done closer to 21,000 because of the issue highlighted in those previous posts. So although not perfect, displaying 20,000 would be a more accurate than 14,467. 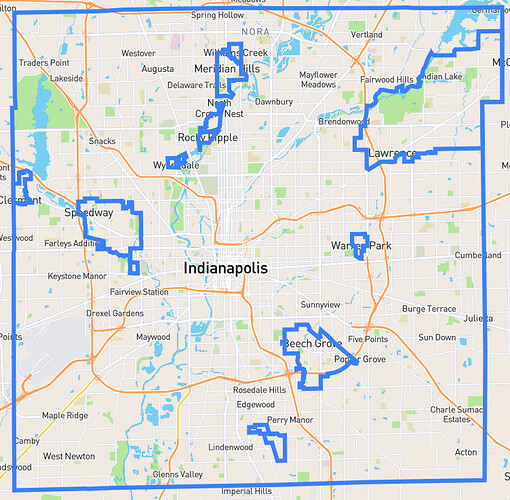 Ah ok, I had thought that all parent cities in Citystrides were split into all of their constituent parts.

In that case - @JamesChevalier is there any way to treat Greater London, England - CityStrides differently to other nested cities? Is the purpose of nesting purely to give a grand total of completion of the parent city and if it is could it be ‘unnested’ and the calculation for the grand total be worked out some other way?