Streets showing as progressed but not deletes

Hi, I noticed that after my run two days ago, it still says I progressed 25 streets when in reality I completed most of the streets that I progressed (accept for at least one but didn’t review the whole streets list) is the server just behind in updating that run?

Yes, there is a large queue of work that’s delaying a lot of other work. Sorry for the wait!

If you’re on the activity page, and you click the street names in the left column, what color are the node icons on the map? 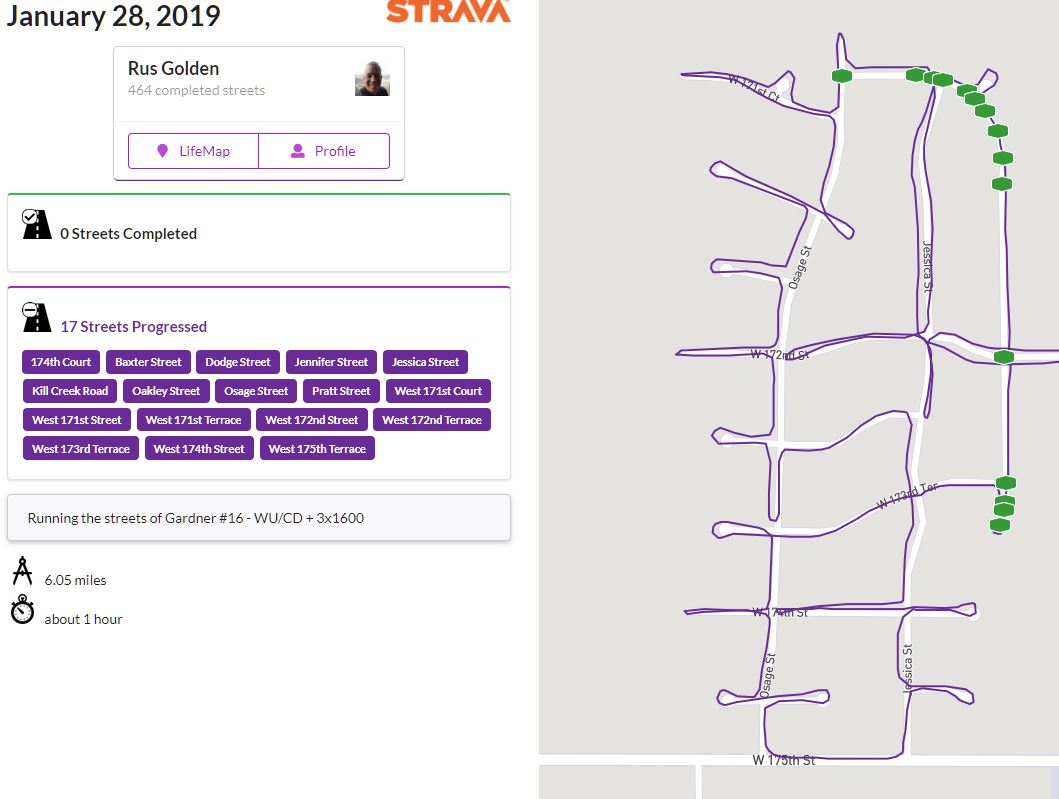 Yesterday I ran a subdivision and completed all but 2 or 3 streets, but it only shows all of them
as progressed. I clicked on “Jennifer Street” and that shows the street with all of the nodes green. What is somewhat bizarre (and maybe the reason for this issue) is that when I used the node hunter before my run, almost none of these streets had nodes on them, so was actually surprised that they appeared in the Streets Progressed to begin with.

This could be the cache that’s causing a display issue. I’ll take a look.

For the missing nodes in Node Hunter issue, how far zoomed in were you? There’s a top end limit to how many nodes will be displayed there, so I’m wondering if it just hit that limit and stopped displaying them…

Thanks for taking a look. I was fairly well zoomed in… is the limit for total nodes or only red/non-completed nodes? If the limit is for red only, then I know for sure that I was well under the limit. Those streets also don’t show up in the list of streets for the city even though they are within the city boundary line, so maybe they aren’t associated with the city for some reason?

ETA: I should have also stated that I have used node hunter multiple times for that section of town and always displays those same red nodes, so assuming those are the only ones at least associated with the city.

It must be a cache issue, because viewing the Street page itself shows that you have completed it.

Node Hunter is limited to 1k nodes and it should exclude completed Streets & completed Nodes.

There are a couple other odd things going on… I can see these Streets in the list on the City page. I can also see all of the Nodes for that section of town when I go to my LifeMap, zoom/pan way over from Massachusetts to Kansas & find that area of Gardner.

Okay thank you. It looks like it shows that it completed 14 of the 17, which is correct and now the streets are showing in the city list. So, are you saying it is a browser cache issue or a cache issue on City Strides? 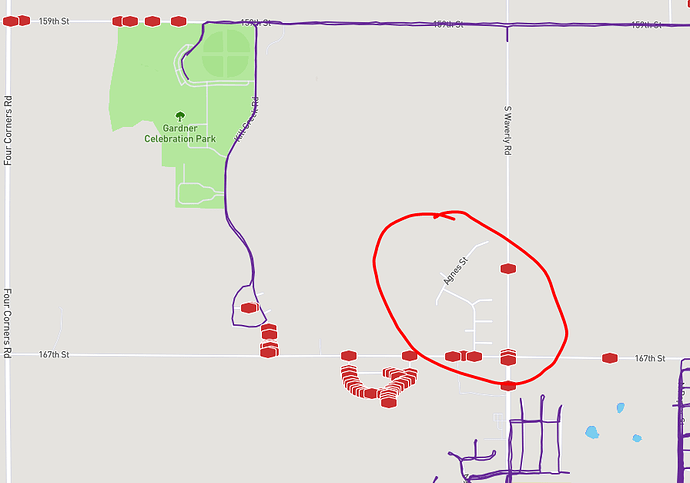 I’m planning on running that area that is circled in the next couple of weeks.

Oh yeah, sorry, when I say it’s a cache issue I’ve (so far) been referring to the server-side cache that I use to lower my database load. It’s a cache on one of my servers, not the cache in your browser. Sorry for the confusion.

For that area of Agnes St in your screenshot - I just looked around in that area & searched through the street list … It doesn’t look like any of those streets are in CityStrides. Is that a newer development? Maybe those streets weren’t there when I imported the data from OpenStreetMap…

Okay, thank you. That development was established about 10-12 years ago.