Street with two names after update

Let’s see if an update fixes things up…

it did not. I’ll have to take a closer look when I have some free time. 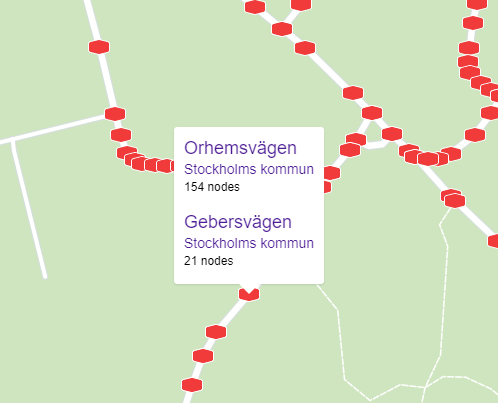 One street was previously included in a closeby street, Augustendalsvägen Augustendalsvägen in Nacka kommun, Stockholms län - CityStrides
I corrected this to the real name in OSM, Ellenviksvägen
Ellenviksvägen in Nacka kommun, Stockholms län - CityStrides
And now all nodes in this street belong to both street names, as in this picture 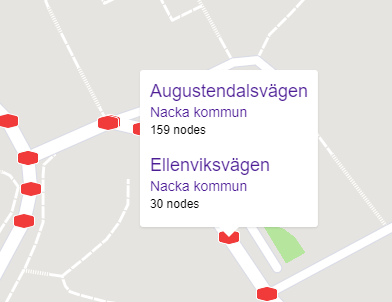 Another example in Wiltshire (UK) following an OSM edit I made to correct the road name. 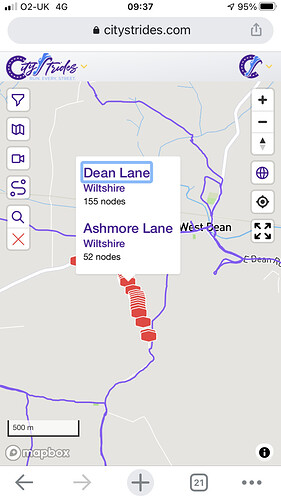 These street links are very helpful - thanks for sharing them. I probably can’t do anything without these links.

So I think I’m seeing:

Just wanted to echo the previous posts since I’m seeing the same issue in my city. I’ve been updating street names in OSM as I’ve found mistakes and sometimes they aren’t pulled into CityStrides correctly.

Here’s a few examples. For the most part I’ve only been updating the way name in OSM for these and not really messing with the nodes or much else:

This one wasn’t caused by me and I can’t quite figure it out. East 116th Street includes nodes from Hazel Dell Parkway, but only for one specific way. Looking at the way history on OSM, version 12 inexplicably changed the name to East 116th Street, but it has since been fixed. That version also says the way has 41 nodes, which matches up with what got mistakenly pulled in to CityStrides.

I’m assuming the update code is pulling in older versions of ways or something. I can’t be sure exactly obviously so hopefully these examples can help in addition to the ones already posted.

Providing additional examples to help with troubleshooting. In this case the name of the way was updated in 2019 but is still showing nodes under two streets. The section of 82nd Ave N is being included with 81st Ave N. 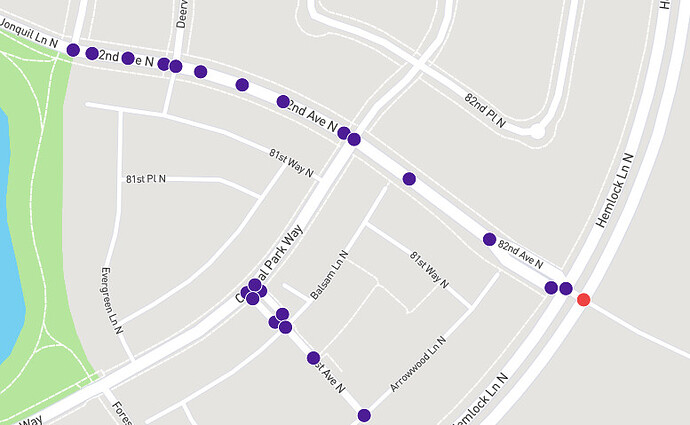 @zbrown4 I only looked at 82nd ave n, but comparing to Google maps, it seems like 82nd ave n is all over the place.

but then I looked at ArcGIS Web Application and got a different picture (map).

Unfortunately I did not find navigation, or searching, on that map very intuitive, and gave up.

maybe another is more useful?

Yeah my city has a ton of disconnected streets across the same latitude or longitude with the same name. I think it still holds that the nodes on 82nd Ave should not be included in 81st Ave though. I’ll keep my eyes out for any clearer examples in my city though.

Adding another case from my city:

Do I have to do anything special when renaming a street on OSM? So a few “streets” here seem to extend way beyond what’s normal; when I checked on Google maps it appears that the street name is wrong. Example: Bledsoe Ave Bledsoe Avenue - CityStrides where the northern part is actually Reagan Road. I submitted the change to OSM, which is why the name change is reflected; however the nodes don’t seem to be updated?