On my run this past Sunday, I had hoped to finish Gardner KS. However, I drove down 151st and there isn’t a way to get to the last 3 nodes and on my run I completed Lake Road 2 and only progressed Lake Road 3. I also flagged for delete and manually completed the KCPL Wetland because the nodes are along the border of the wetland area and not reachable by foot and based on the size of the cattails, not by boat either.

West 151st Street - 3 nodes are well off the street. This is the last incomplete street that I have… I didn’t want to complete manually in case that would cause an issue for other cities such as Olathe that borders Gardner at 151st.

Lake Road 3 - incomplete nodes are on top of buildings, etc. I have marked this complete manually, but would be nice to have it fixed. 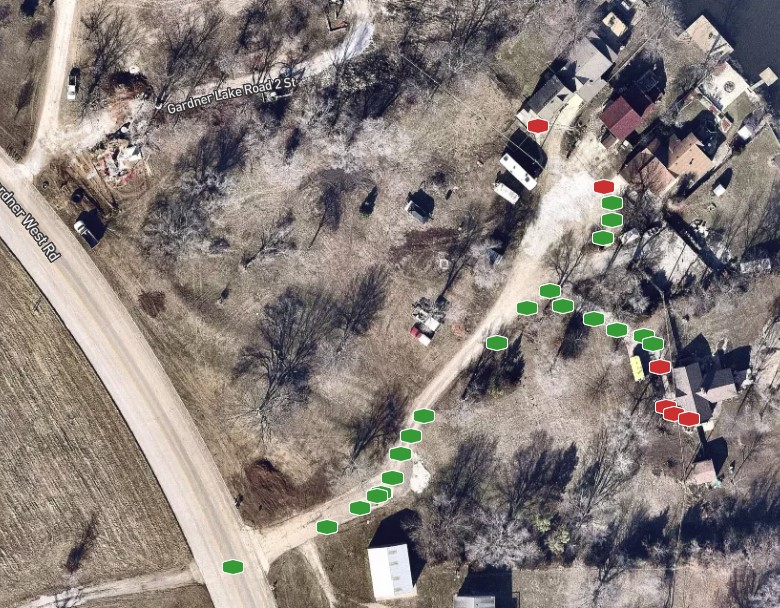 Is there any intent to fix the rampant data issues that exist in this site’s street database? Over time, the bad data is becoming increasingly frustrating and issues like this are becoming more common as the street data becomes more and more out of date.

Yes.
As you understand, from our many discussions in this forum, this is quite a large/difficult issue. There are also two pieces to it (or two different approaches): cleanup of the data that I already have & better importing of data in the future.
I’m thinking through it all, and your suggestions & code isn’t being ignored.

Thanks @JamesChevalier! I know it is a huge database. I actually re-ran the 151st street portion on Sunday and was able to knock out those missing nodes… there was a gated drive to an electrical sub-station and was able to duck under the initial gate and that got me close enough to the nodes to complete them.

On a similar note, I think I may have mentioned before on another thread, but would be nice in node hunter mode to click a node and see what street it is associated with. This would be nice for identifying what “streets” might need to be flagged when the nodes are sitting on top of buildings, or out in the middle of a field, etc., where the street isn’t obvious.