Pieces of LifeMap disappear when zooming in

I absolutely love CityStrides. Thanks so much for all of your efforts.

One strange item that I noticed today is that the purple lines for a few streets that I have completed in Walnut Creek suddenly disappear when I zoom in below a certain level. The node finder doesn’t show anything for those streets, so they are still completed. I have pasted below two figures showing the completed streets (noted with a black arrow). The first figure has the streets completed, while the zoomed in figure eliminates those tracks. Thanks for your help! 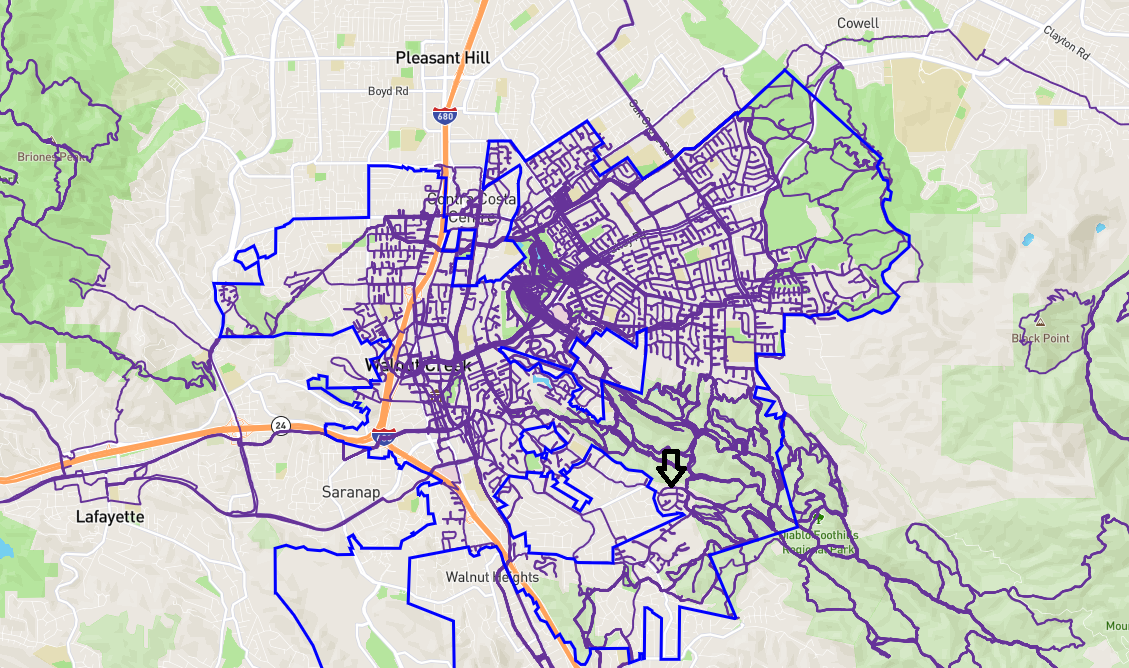 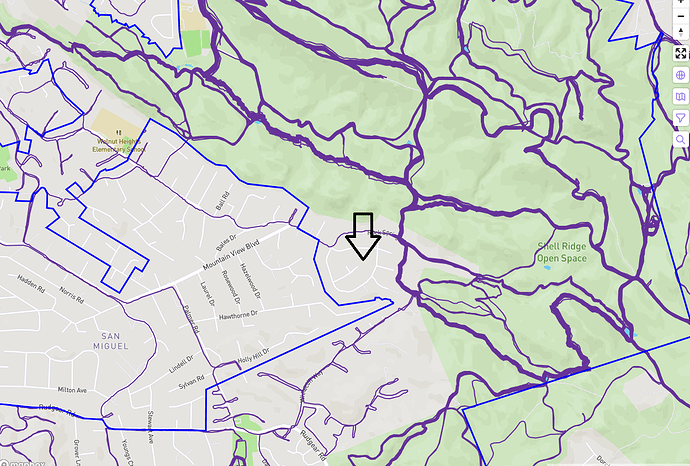 I think this might have something to do with the way the map is stored in the cache.

If you zoom in and then do a page reload is it still missing? On my PC with Chrome I try F5 first, then -F5 if that doesn’t work

Thanks for the suggestion, but unfortunately, the behavior continues to exist even when I clear the cache in Firefox. I also get the same behavior when loading CityStrides in Chrome. Oddly enough, it appears to relate to when Mapbox changes its labeling for other features on the map as you zoom in/out.

My thoughts went to the same place @jpbari mentioned, but I haven’t been to your LifeMap before & it’s doing the same thing for me.

I’m going to try some different options in the tile creation, to see if that helps.

interested in the internals, I’m saving your activities as a GeoJSON file, then I’m using tippecanoe to convert that to an mbtiles file, and transferring that file over to my (slightly modified) mbtiles-server.

I expect that I have a tippecanoe option in place that’s over-simplifying the tile data.

Update: Yeah, that was it. I’ll release the fix, then update your tiles.

Awesome, thanks so much!