Montreal: several streets with the same name count as 1 street

Hello Team,
I found out in my last 2 runs that there are some streets I fully ran that were not accounted.
The reason seems to be that there are actually 2 streets in Montreal that have the same name.

I thought this would be an exception case but the same happened in the next run ( CityStrides ) with ‘Rue Saint Germain’:

I then realized that this issue was quiet common in Montreal, especially with ‘numbered street’. See for example ‘10eme avenue’ is split into 4 different streets that are clearly not the same: 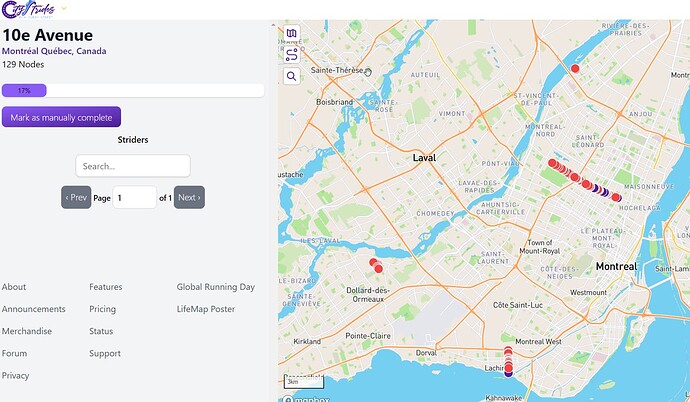 The city might require a more granular split.
Note sure if this can be solved, but wanted to let you know about it.

Thanks and keep up with the great work!
Mathieu