There’s been a lot of discussion of what to do when CityStrides doesn’t match OSM or doesn’t match reality. I’d like to offer my worst-case scenario to consider when thinking about how to deal with this problem.

Below is a screen shot of a section of the northern part of Newport, RI. I have not run any of the streets yet in this view so this is actually all the nodes showing in CS for this area.

A little background about this area: It’s the city’s housing projects. Today they’re in pretty good shape, but a few years ago it was very dilapidated. So, the city took drastic action: they tore down ALL the buildings, ripped upped a whole bunch of streets, and built all new housing projects with a brand new street pattern. In some cases, there’s streets where open space used to be and in other cases open space where the streets used to be. It’s like the staircases in the Hogwarts castle.

At this point, the street pattern in this area is completely divorced from what’s in CS.

Just some food for thought when implementing the ultimate fix for keeping CS in sync with OSM. 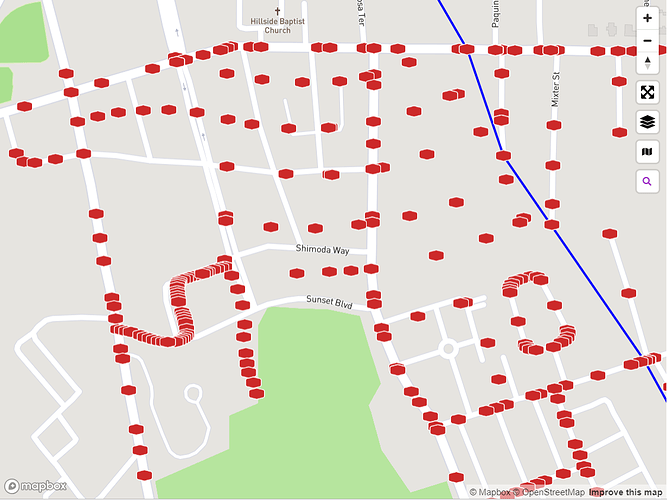