It would be cool if there was a button to generate an image file with your heatmap and choose between different styles (ex: plain black background without labels on or markings).

These images can be used as desktop backgrounds, shared on social media, etc.

I forked someone’s web app on GitHub a few months back to create something that would let you upload GPX files and create an image heatmap: GPS Heatmaps

It would be really cool if CityStrides could generate these for you. You could maybe specify the style and select an area to be included in the image.

Below is an example of a 4k image I generated as a TV wallpaper from my heatmap: 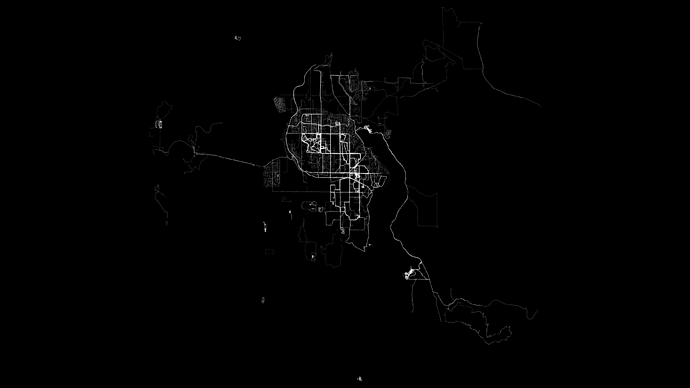 Let me know if this is something that you would like! Apologies if it has already been suggested