It’s not that new streets got added either. I went to the Incomplete tab and looked at the very first street and my heatmap shows I’ve run the whole thing. The nodes on the street page show I’m missing some in the middle though.

City is Albany, NY, first street I looked at is 1st St, appropriately.

Now that I look at it more it looks like it’s possible that some runs which show on the heat map no longer trigger the nodes?

Can you share some links to activities that should have completed nodes/streets?

I think this one might not be logging correctly as an example.

And this one for sure, since it was the last street in the city and it’s listed as not completed.

I think you need to also give some examples of streets that should have been completed by these runs, but where not

This is a street completed during the first run I posted that is showing as not completed now. It was completed when I did the run but something happened since.

When I click that street lnik, it shows my own progress which is of course zero. When you click it, do you see any red nodes? What does the percentage show? Sending an example of mine that is incomplete at 74%

Yes I see red nodes. On the April 26 run I ran those nodes though and when the run uploaded on April 26 they were purple and the street was completed. Now that isn’t the case anymore. 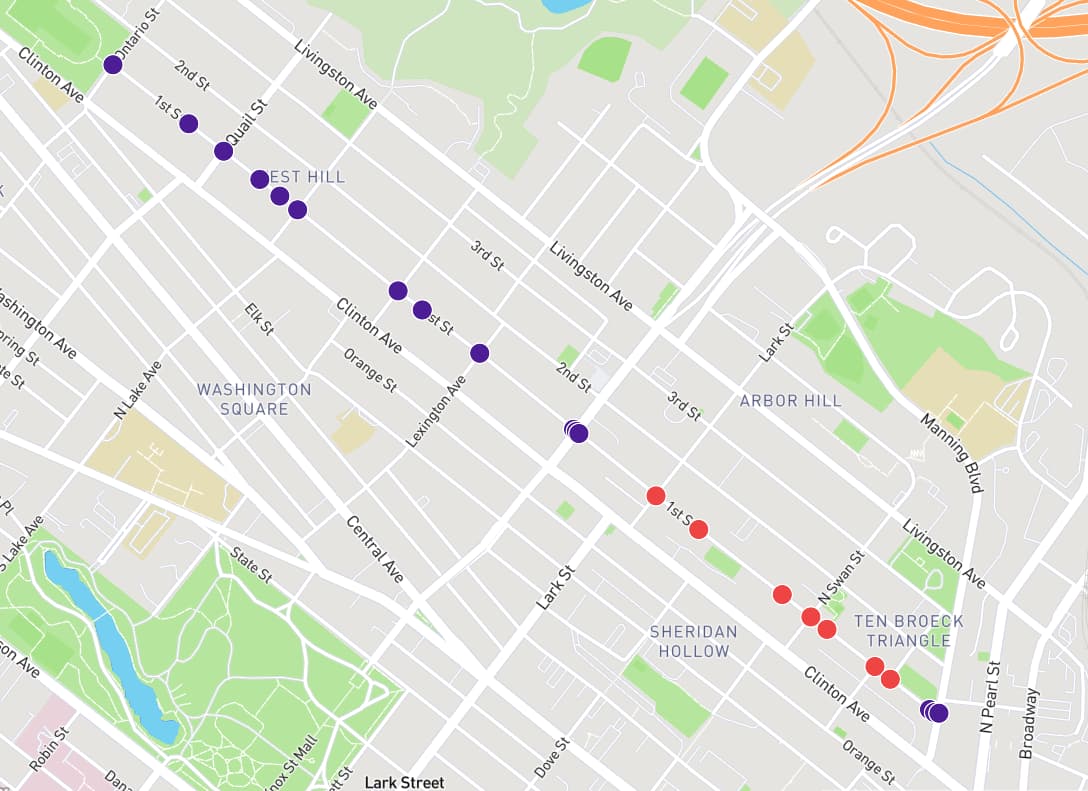 odd … I pushed Albany through a full reprocess, which is running now. Let’s see how things look in a few hours / tomorrow.

That worked! Although now there are new streets I need to run to get back to 100%…