I have an area of my home town that I don’t think I should run - the entrance roadways in and out of a mall parking lot. It doesn’t seem to be safe for pedestrians, so it should probably be edited to remove it from the “streets” that need to be ran to finish my town. I’ve been editing OSM to mark private roads properly and that has helped a lot.

Back to my question explanation: When I use the CS node hunter around the mall, I see a few nodes around specific entrance roads and parts of the parking lot but NOT on all “roads” the I haven’t ran on… but I can’t find anything in OSM that reveals the pattern on why one area in incomplete, and another is not necessary to run. Here’s the CS view: 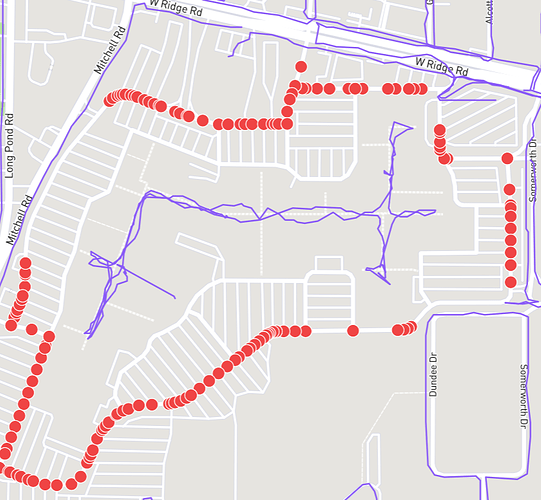 Here’s the area on OSM: OpenStreetMap

I’d appreciate some advice on both points. Thanks!

You can find the query used to get all runnable streets in the doc referred to here Overpass Street Query
And note that a street must have a name in OSM to be able to import to CS. if that doesn’t answer your question, please give the name of the city in CS, and we might take closer look

the entrance roadways in and out of a mall parking lot

Yeah, these don’t sound like proper streets to me.
In that Node Hunter view - if you click on the nodes, it’ll show you which streets they belong to & link out to them … Can you collect a few street links to share? That might help us find them in OSM to figure out what that tagging situation is. 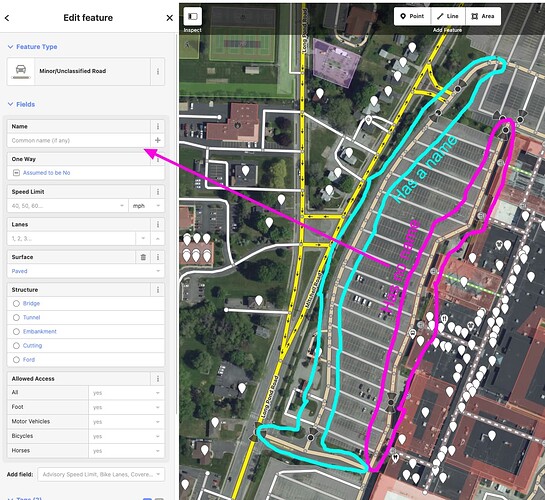 In my opinion, those ways should be type=service road. Having them as minor/unclassified road isn’t wrong; just not real descriptive. As to them having a name, that depends if your city has signage up. If they are unsafe for pedestrians, you could set them all to ‘foot access’=no and they would be removed the next time your city is updated.

Bonus: A bit more explaining about what OSM data is brought into Citystrides About the Node, Street, and City Data

Thank you for the feedback. I’ve made some changes and I think they’re sane. I’ve asked for it to be reviewed just to be sure.
Hopefully it’ll get done and imported in early September and my count will get closer to 100%!